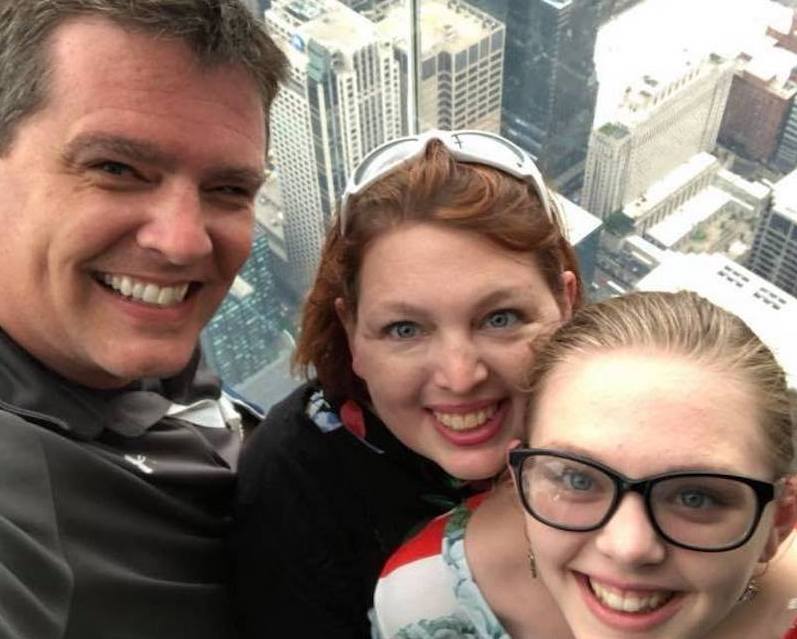 Christina Findley and her family are sharing her heart attack story in order to spread awareness. (Contributed)

ALABASTER – The month of February is known for spotlighting hearts in honor of Valentine’s Day, but heart attack survivor Christina Findley used the month to remind everyone about America Heart Month.

Findley woke up on Dec. 10, 2020, with chest pain and was having a heart attack. After realizing that her pain would not subside without medical attention, the 43-year-old rushed to Shelby Baptist Medical Center in hopes of relief—and answers.

Due to her medical history, Findley assumed that the chest pain was from her esophageal spasms, a condition she has dealt with for 20 years. After taking medication and playing the waiting game, Findley called her husband to tell him about her concerns.

“It was about a 20-30-minute episode and then I felt fine, went to sleep with no problems,” Findley said. “The next day at around noon I had excruciating chest pain. What I had the night before wasn’t anything I couldn’t handle. Nowhere in my thought process was I thinking of a heart attack or anything like that. It was just kind of survival at that point because it hurt so bad and I knew I couldn’t keep going.”

Her blood pressure was normal, her oxygen was fine, and nothing indicated major distress, but the doctors at Shelby Baptist were able to recognize the problem just in time.

While having multiple tests done, a second doctor rushed into the room and told her that she was having a heart attack, Findley said.

“It was the fastest IV I’ve had in my life,” Findley said. “I didn’t know how she saw the vein. It was so fast I can’t even tell you what was happening. I didn’t have time to process it. They pushed me out of the door, and I grabbed my husband’s hand and he said it’s going to be fine, and they went running to the cath lab. My husband couldn’t keep up because they were flying.”

Findley was having what is called a “widow maker” heart attack—a 100-percent blockage to the left side of the heart and a heart attack—named such due to the 12-percent chance of survival given to sufferers.

“I was very lucky in several regards,” Findley said. “One that they acted so quickly and that they were able to go in, clear it out and put the stent in. I was in the hospital for 24 hours, I was released the next day and, unbelievably, I was feeling tremendously better within hours. I came home and my husband said, ‘I haven’t seen you move around this much in months.’ I had gotten to the (point) where I was bedridden; at some point in time I was exhausted and felt like I had been run over by a Mack truck, and that happens when one side of your heart isn’t getting enough blood.”

Her experience prompted Findley to advocate even more for wearing masks. She said it helped her realize that people are asked to wear them for more than COVID-19.

“I knew that we needed to keep our hospitals as unburdened as possible, but it became a real concrete thing for me once it happened to us. All of the things that happen in life are still happening in the midst of all of this,” Findley said. “So anything we can do to save any life, not just a COVID patient, we don’t want anyone to not get the care they need because they aren’t able to get to a hospital in a timely manner. Some hospitals have to turn away patients and there’s a lot more to it than that. That’s an important thing, and my story is a way to illustrate that. I’m very lucky to have done several interviews now, so hopefully we’ll reach a lot of people and at least make them think about all of it.”