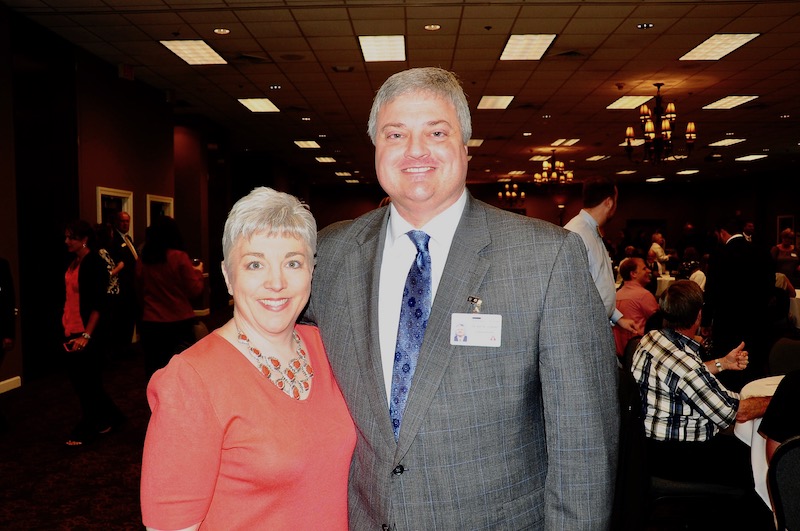 THS’s Pam Vickers was recognized as a top counselor in the state in February. Pictured with Superintendent Dr. Wayne Vickers. (File)

ALABASTER – Pam Vickers was one of 400 high school counselors recognized nationwide for their dedication and success as a college counselor this year.

Vickers was the only counselor recognized in the state for the award, which was granted by the College Board Counselor Recognition Program in February. She was nominated last fall by Dr. Wesley Hester, principal at Thompson High School, Vickers said.

“There were 400 counselors nationwide that were recognized that week, and I was the only one from the state of Alabama,” Vickers said. “I am very excited and very humbled by the fact that he took the time to nominate me and then to be recognized by such a widely known organization as the college board.”

The award came as a surprise to Vickers, who has been a counselor for Thompson for eight years. Since her arrival at THS, she has accomplished a number of goals she had set for herself.

“My job is made so much easier by the students that we have here at Thompson and their pursuit of excellence and their desire to look at opportunities beyond high school, so they make my job easy,” Vickers said. “I was very humbled by the recognition because I know that there are a lot of deserving counselors that are worthy of recognition. I was humbled by the fact that I was selected based on the work that I do here at Thompson every day. It was a wonderful surprise.”

Vickers has accomplished numerous things that have contributed to her winning the award. According to the Alabaster City Schools website, 80 percent of Thompson’s graduating seniors have enrolled in colleges and universities.

The college enrollment rate percentage has increased since Vickers has been at THS, growing from around 65-68 percent to over 80 percent. Vickers has also worked to raise scholarship totals for senior classes at THS, which has seen a significant increase from just over $5 million in 2013 to over $25 million in 2019.

Vickers has also contributed to the college and career readiness rates increasing since 2016, and for THS earning the 2020 College Success Award, an honor that is based on success in preparing students for college and career opportunities.