I had the great privilege this month of working on a story about the life and legacy of Barbara Belisle, a long-time treasure of the Montevallo community who passed away in early February.

After interviewing a mixture of her former students, coworkers and family members, my notes comprised nearly 3,000 words, and several people shared older articles about her from their archives. 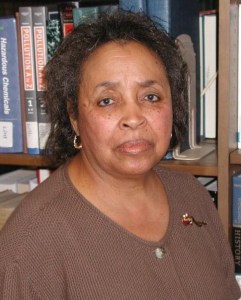 Barbara Belisle was loved and respected by countless people in the Montevallo community, where she served as a teacher for many years. (Contributed)

I had an abundance of comments and background information to sift through as I worked on a written tribute to her and the impact she had on countless people.

What I wish I also had, however, was personal knowledge of who she was. I wish I could say I had the opportunity to meet her, to know her, to have conversations with her. It’s clear from everything I have learned about her in recent days that she was an extraordinary woman – a woman at once deserving of praise but who was more apt to give it than to receive it herself.

A long-time teacher at Montevallo High School, Belisle was known for her warmth toward her students, many of whom she stayed in touch with after they graduated.

Former students like Mike Jones and Tena Niven remember her as personable and caring.

Jones told me he credits Belisle with helping him find his voice as a shy teenager and build the confidence he needed for his career.

Mike’s wife, Joyce, told me how inspiring Belisle was to her as a young Black girl, noting Belisle’s bravery in becoming the first Black teacher in an all-white school in Shelby County during integration in the 1960s.

Despite having to walk past angry people just to get inside the school building on her first day as an MHS teacher, Belisle carried out her duties and did so with as much commitment and compassion as she would have had under normal circumstances.

The love she had for her students was reciprocated, and it’s something her former coworkers noticed too.

Belisle garnered respect from people without having to ask for it. She was a role model, a leader, a hard worker and a person of many talents, such as writing and singing.

And, perhaps most importantly, Belisle was a loving mother to her own children, Sonjia McCary, Dr. William Belisle and Cathy Belisle Gaddis.

I did not have the honor of meeting Barbara Belisle, but I am grateful to know her now through those who loved her and carry her legacy in them.

Taking a trip to Candy Land