For the past 20 years, William Kringel has been a member of the Employer Support of the Guard and Reserve. He served as state chair from 2011-2018—a position in which he was director of approximately 60 volunteers.

“I volunteer with ESGR for the personal satisfaction of helping others. When issues between the employer and the soldier arise, I play a role in the resolution of them. I enjoy being a part of every aspect of it,” Kringel said. “These men and women have contributed to the defense of our nation. They need our support and nurturing. It has been rewarding to be a part of something. I’m proud of the work we do. We make an impact.” 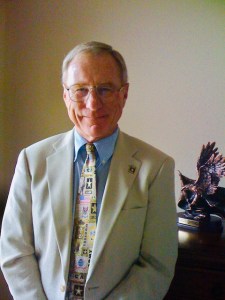 Kringel went on active duty with the U.S. Army and was a 2nd Lieutenant. From 1970-1972, he was a personnel psychologist at the Armed Forces Examining and Entrance Station in New Orleans. In 1976, he joined the Alabama Army National Guard and served 30 years in the U.S. Army, U.S. Army Reserve and the Alabama Army National Guard. He retired in 2000 and achieved the rank of colonel.

Kringel reflects on the camaraderie of his service: “The fellowship was an important aspect of the experience, and so was the ability to achieve something, to feel a sense of belonging and achieving something for the nation,” said the 74-year-old.

“I found a job I loved and never left. I loved what I did and the people I worked with,” he said.

As a psychologist, he provided treatment and also performed a variety of administrative responsibilities. Kringel taught part-time in the Department of Political Science and Criminal Justice and the Department of Psychology at the University of Southern Alabama from 1995-2020. He also taught part-time at the University of Mobile at the School of Leadership Development.

A Wisconsin native, William has been married to Bunny for the past 52 years. The couple have two children and are expecting their third grandchild.