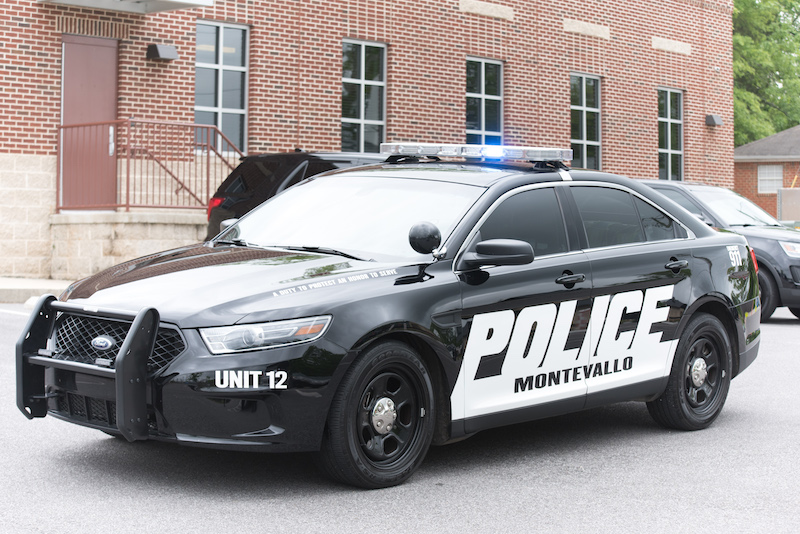 The Montevallo City Council approved the adoption of a memorandum of understanding with the Alabama Drug Enforcement Task Force that will give the Montevallo Police Department assistance with narcotics investigations. (File)

MONTEVALLO – The Montevallo City Council on March 8 voted in favor of an agreement designed to provide the Montevallo Police Department with state-level assistance with drug investigations.

The Council approved a resolution to adopt a memorandum of understanding with the Alabama Drug Enforcement Task Force, a resource administered by the Alabama Law Enforcement Agency State Bureau of Investigations.

Montevallo Police Chief Jeremy Littleton said the agreement will require MPD Investigator Dustin Gray to assist the ADETF once a month with investigations in order for the MPD to receive the full benefits of the state task force’s assistance.

“As a smaller department, our folks do a good job working narcotics on a patrol level, but when we get into investigations as far as people selling narcotics, that’s very in-depth, costs a lot of money and takes a lot of resources that at a smaller department we don’t have,” Littleton said. “It’s not going to cost us anything except for the hours he has to put in to work with them, which will really be minimal compared to what you have to on other drug task forces. It will just give us a proactive approach to make sure that Montevallo is not a safe haven for people selling narcotics.”

Littleton said any time the department receives complaints that tie into the city or other areas statewide, the task force can investigate them.

“He (Gray) will have state arrest authority once he enters into this drug enforcement task force, so we can follow the drugs wherever we need to eliminate the problems we have in the city of Montevallo,” Littleton said. “They can also take it to the federal level if they choose to.”

Littleton said the agreement will also provide his department with assistance in investigations of other serious incidents, such as shootings.

“We can have more resources in the city to combat issues like that,” he said. “I think it’s a big leap forward to help us keep Montevallo safer and not be a safe haven for drugs and other crime that can go on in the city.”

In addition, the MPD will eventually receive benefits of some seizure money and reimbursements that can be used to purchase much-needed equipment for the department.

“We have to be in it a year before we get the full amount that we would get,” he said. “I think it’s a good thing. I think all of us in police department are in agreement that it’s something we need to do.” 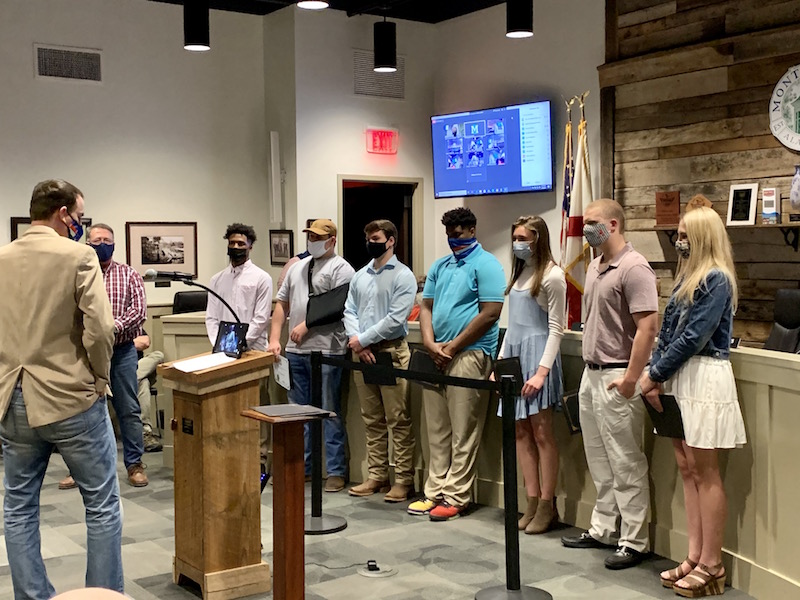 “We’ve got great student-athletes at the high school,” Boren said. “We couldn’t say enough great things about each of you.”

As an appreciative gesture, one of the student’s parents presented a football to Boren commemorating the Bulldogs making it to the second round of the state playoffs. 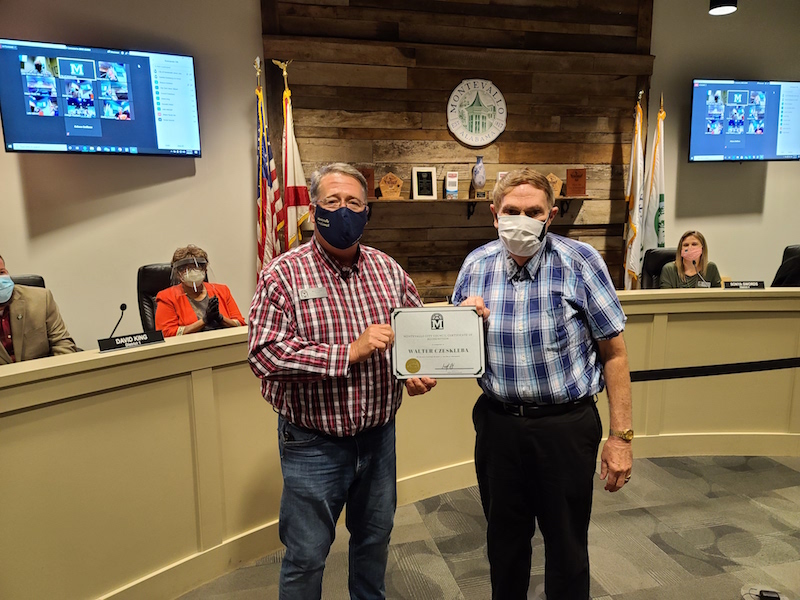 Czeskleba TV Service owner Walt Czeskleba was recognized for his work as a business owner in the city for 49 years. (Contributed)

Following the athletes’ recognition, Czeskleba TV Service owner Walt Czeskleba received a certificate for his work as a business owner in Montevallo for 49 years.

“Walt, we’re glad to have you in the community for that long,” Mayor Rusty Nix said.