Thompson improves to 14-3 with 10-run win against Homewood 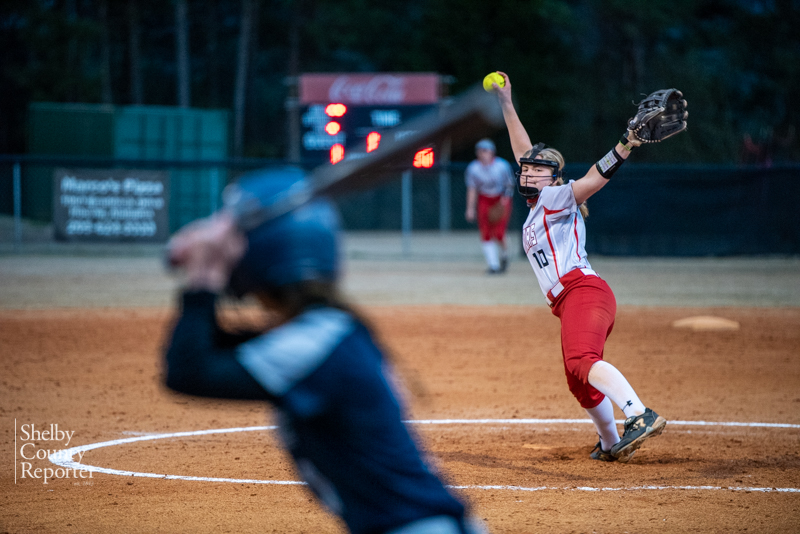 The Thompson softball team improved to 14-3 on the season Tuesday, March 9 thanks to a dominant win against Homewood. (Reporter photo/Keith McCoy)

ALABASTER – After going 2-2 at Spain Park’s Jag Classic, the Thompson softball team bounced back on Tuesday, March 6, with a 10-run win against the Homewood Patriots.

The Warriors, who improved to 14-3 with the win, continued an impressive start to the season and did so behind a dominant performance at the plate. They picked up 17 hits in the game and scored in all but one of the five innings.

The scoring started in the bottom of the first on a triple from Ella Pate, which drove home Dailynn Motes for a 1-0 lead. That was followed by an RBI single from Laney Williams to make it 2-0 at the end of one.

Homewood answered back in the top of the second with one of its two runs in the game, but the Warriors’ bats were too lethal as they came right back with their best inning of the game in the bottom half of the inning.

Following a ground out, Kaylee Cannon walked before Motes singled to left field to put two aboard. Jenna Williams quickly brought both home with a two-RBI double to center field before Eleanor DeBlock followed with an RBI single to make it 6-1.

That was the first of three consecutive singles for the Warriors as Madison Poplin laced one to center field before Lindsey Cook followed suit to drive home Thompson’s seventh run of the game.

The Patriots brought one more home in the top of the third but ended up leaving two runners in scoring position with only one out.

Thompson quickly made them pay with another strong showing at the plate in the bottom of the third.

Cannon led off the inning with a double to center field. Following a fly out, Jenna Williams became the first Williams to drive home a run in the inning with an RBI double. Two batters later, Laney Williams brought home two more when she hit a bomb over the center-field wall to make it 10-2 through three innings.

Looking to finish the game early with the 10-run rule, Thompson didn’t score in the fourth but came back in the fifth with a leadoff home run from Motes to make it 11-2 before Savannah Nabors ended the game on an RBI sac fly.

Holly Selman and Ellie Hamby combined to strike out eight batters in the circle, while allowing six hits and just two runs.

Thompson scores 3 in the 6th to down Calera…