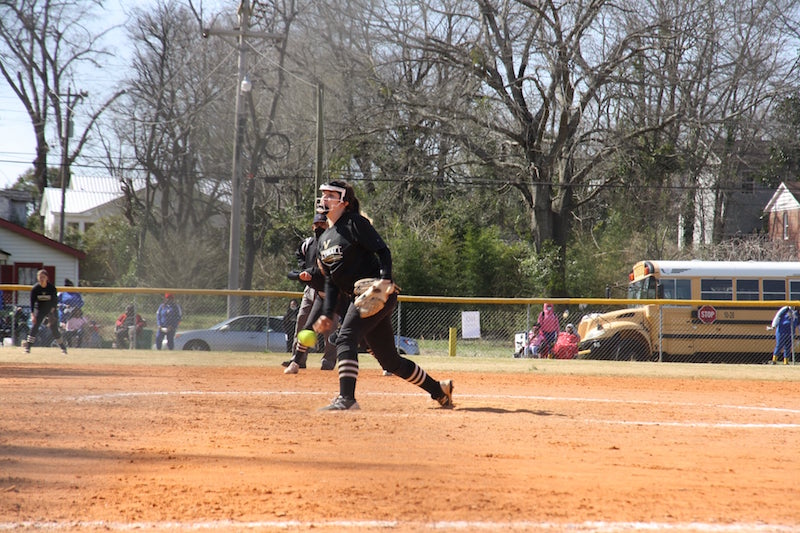 The Vincent softball team picked up its third area win of the season and improved to 11-3 overall on March 9 with a comeback victory against Fayetteville. (Contributed)

VINCENT – The Vincent Yellow Jackets took what was a back-and-forth tight game through five innings and squashed it with a 10-run sixth inning on Tuesday, March 9, to take down Fayetteville and pick up their third area win of the season.

The Jackets entered the inning trailing 4-3, but four singles, three walks, three errors and a hit batter allowed them to score 10 runs in the bottom of the sixth to close out a 13-4 victory.

It continued an impressive stretch for Vincent, who has now won five games in a row and seven of its last eight with the only three losses this season coming to Childersburg and Calera.

Both of those are higher classification teams, as the Jackets lost to Calera twice and Childersburg once. They did, however, beat Childersburg as well by a score of 6-3.

But the Jackets answered quickly in the bottom half of the third inning. With two outs and the bases loaded, Lela Beck singled to center field to drive home both Chloey Carroll and Molly Ryenolds. Beck was eventually thrown out trying to leg out a double, which ended the inning, but Vincent was finally on the board.

Following a scoreless fourth, Fayetteville came back with a run in the top of the fifth, but Vincent answered immediately in the bottom half. Jaci Wallace singled on a line drive to right field to drive home Reynolds and bring the Jackets back within one run.

They left the bases loaded in the inning, missing another opportunity, but they were still within striking distance.

Finally, after a 1-2-3 top of the sixth, the Yellow Jackets made sure not to squander base runners in the bottom of the sixth.

Following an error, an RBI single from Takyla Smoot brought home the game-tying run, and the Jackets took off from there.

A wild pitch allowed Smoot to come home after errors during McKenzie Fields’ at bat eventually put her on third. Fields then walked before another error and a hit batter loaded the bases for Wallace.

She laced a line drive to center field to bring home two more runs before Maddy Walker followed with a second single in a row to make it 8-4.

After the first out of the inning was recorded, Kayla Maxwell and Katie Vazquez drew back-to-back walks. During the walk to Vazquez, Wallace was able to score on a wild pitch, while the bases were again loaded.

Another wild pitch allowed one more run to score during Smoot’s at bat, while a dropped third strike on a passed ball not only allowed Smoot to reach base safely, but brought home both Maxwell and Vazquez.

Following a second out, Carroll helped Vincent close out the scoring in the sixth with one final RBI single to make it 13-4.

Walker then closed out the game by getting through the top of the seventh in four batters.

She picked up the complete-game win, allowing five hits and one earned run with eight strikeouts.

At the plate, Wallace finished 3-for-4 with three RBIs and a run scored, while Beck finished 2-for-3 with two RBIs. Walker added a 2-for-3 performance with one RBI. Reynolds, Smoot and Carroll each had one hit, while Smoot and Carroll had RBIs.