Overcoming the odds: Child abuse survivor to share story in hopes of protecting others

If anyone knows a terrible story can have a happy ending, Jessi Kearley does.

Kearley, 19, suffered years of abuse and neglect as a child before she was able to leave her biological home and start over in a new environment with a loving family.

Kearley is scheduled to speak about her experiences on Monday, April 5 to the Court Appointed Special Advocates of Shelby County, or CASA, a nonprofit organization whose mission is to recruit and train volunteers to go through the court process with children who have been abused and neglected. 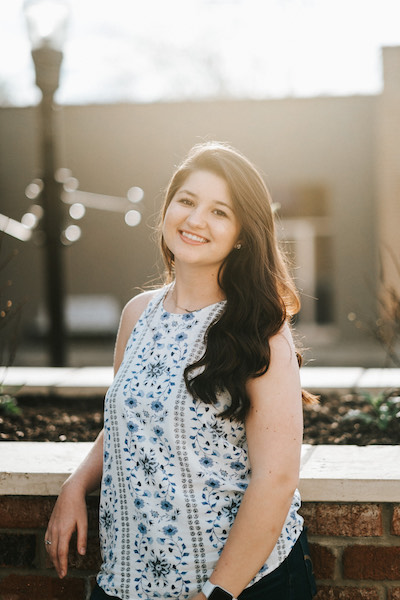 Jessi Kearley, 19, will speak to the Court Appointed Special Advocates of Shelby County on April 5 about surviving years of child abuse. (Contributed)

“I recently met Jessi Kearley, and I was just really impressed with her growth and maturity as a 19-year-old with all she has been through and the transition she has made from a victim to a survivor,” CASA of Shelby County Director Beth Chapman said. “It is an incredible story of triumph, an incredible story from victim to survivor. It’s something we need to talk about.”

The details of Kearley’s trauma are eye-opening, painful and nearly unfathomable to anyone who has not experienced something similar, but they are the reasons Kearley is willing to share her story—so that other children can be spared from the horrors she endured.

As a young girl, Kearley was molested by her parents and eventually impregnated by her biological father at the age of 12, Chapman said. Kearley wanted to be adopted by a couple she lived with in foster care, but she was unable to because her parents still had custody of her.

Kearley’s situation captured the attention of state legislators, who introduced legislation that would terminate the parental rights of anyone convicted of first-degree rape, first-degree sodomy or incest.

In 2019, the Alabama Legislature passed Act 2019-512, also known as “Jessi’s Law,” which denies the rights of parents to a child they have sexually assaulted.

According to Chapman, Alabama was one of a few states that did not already have such a law in place.

“It’s a shame that we live in a society where a system will allow someone to rape and molest their child and then be able to keep custody of that child,” she said. “That is the most heinous thing that I’ve ever heard of in my life. Jessi’s Law, and Jessi herself, fought for that not to happen anymore. That shows you the courage and bravery she has displayed at a young age.”

Jessi’s Law not only paved the way for Kearley’s adoption, but it also served as a big step forward for other children in similar circumstances.

“It’s a beautiful story of overcoming abuse and neglect,” Chapman said. “Jessi is a young person who has overcome enormous odds and made something really bad into something really good by helping other people.”

Since being introduced to Kearley through her adoptive mother, Chapman said she has been building a relationship with her and helping her find opportunities to share her story publicly.

“Her number-one goal in life is to ensure others don’t have to go through what she went through,” Chapman said of Kearley. “Her other goals are to educate educators and other adults on the signs and symptoms of abused children and to encourage mandated reporting. Without it, she says she would be dead.”

Kearley will speak to CASA on April 5 at 6:30 p.m. at Asbury United Methodist Church.