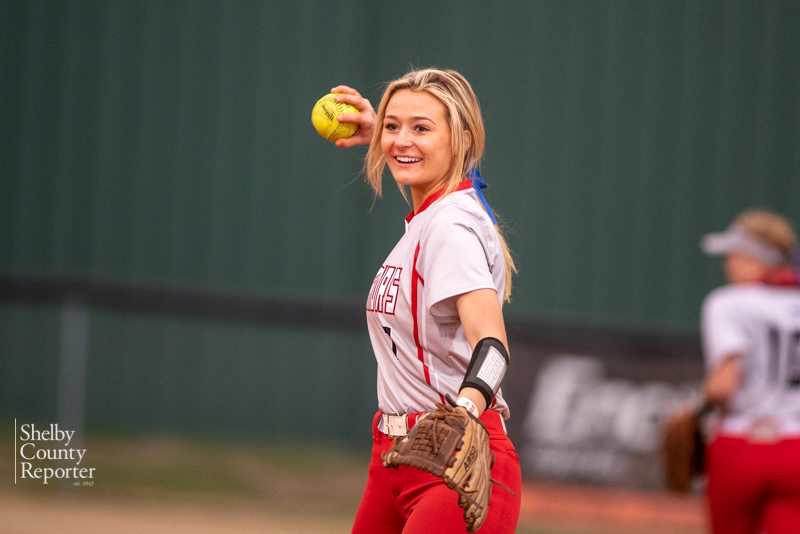 Thompson's softball team took down Tuscaloosa County by 11 runs on March 11 to grab their first area win of the season and improve to 15-3 overall. (Reporter photo/Keith McCoy)

TUSCALOOSA –  The Thompson Warriors have had an impressive start to the 2021 softball season, but Thursday, March 11, brought their first opportunity at an area win.

The Warriors scored six in the first, one in the second, three in the third and five in the seventh, while totaling 17 hits in the win.

Thompson set the tone in the first inning and it started with the first at bat from Dailynn Motes. She led off with a double and scored quickly after an error made it 1-0 during Eleanor DeBlock’s first at bat.

A single from Jenna Williams and Laney Williams being hit by a pitch loaded the bases for Ella Pate. Pate stepped up and drove another run home on a sac fly.

That was followed by four singles in a row from Madison Poplin, Lindsey Cook, Kendall Channell and Kaylee Cannon. Each one brought home one run and gave the Warriors a 6-0 lead at the end of one.

An RBI double from Ella Pate made it 7-0 after the top of the second.

Tuscaloosa County scored its first run in the bottom half of the inning, but the Warriors came right back with three more singles in the top of the third thanks to RBI singles from Motes, Jenna Williams and Laney Williams to make it 10-1.

In the top of the seventh, Thompson put the game to rest with five more runs, including a lead-off home run from Poplin, a two-RBI triple from Cannon and a run walked home.

Motes and Jenna Williams each had three hits and three runs scored with Motes posting two RBIs and Williams one RBI. Poplin and Cannon each had two hits, while Cannon had three RBIs and Poplin two.

Laney Williams and Pate each added one hit and two RBIs in the win, while Cook and Channell each had one hit and one RBI.

Thompson improves to 14-3 with 10-run win against Homewood