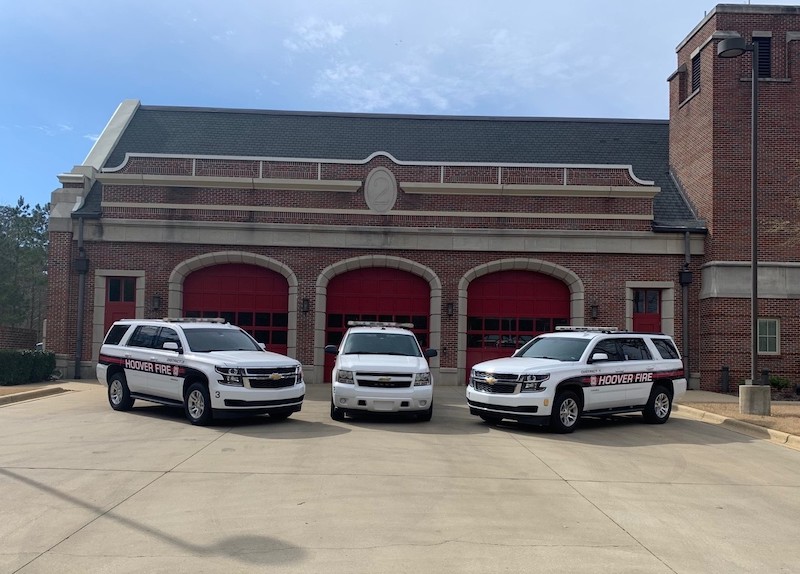 Hoover’s fire department has announced a restructuring that will result in the city being divided into three emergency response districts. (Contributed / Hoover Fire Department)

HOOVER— The Hoover Fire Department has announced plans to restructure the department into four divisions, with the stated goal of increasing safety and efficiency of operations, starting March 20.

“Hoover Fire Department is always working to deliver emergency services at the highest level for the city of Hoover,” stated a press release. “The department constantly plans for ways in which we can provide these services in the safest and most efficient manner. After many months of careful planning, it was determined that as the city continues to grow, a restructuring of the department was needed. It was determined that more incident commanders were needed in the field to allow for better supervision and faster response times for incident commanders.”

The move is hoped to allow for better management of multiple emergency simultaneously as well as keep the department compliant with the National Fire Protection Association’s (NFPA) standard concerning span of control for incident commanders.

The release also stated that the restructuring will take effect starting on Saturday, March 20 at 8 a.m.

“We believe these changes will help us accomplish our goals of high quality emergency service delivery while increasing the safety and efficiency of our operations,” the release stated.

One year later: A look back at the last…