Montevallo comes back for one-run win against Vincent 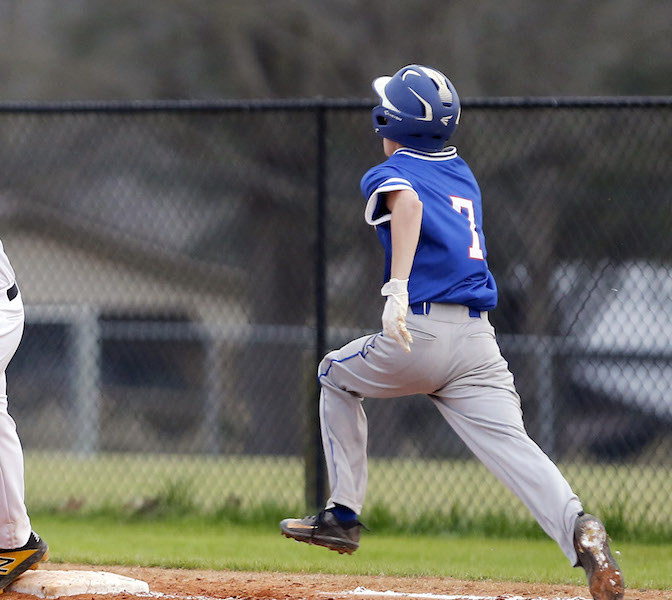 The Montevallo Bulldogs scored three runs with two outs in the top of the fifth inning to pull off a one-run comeback victory against Vincent on March 13. (File)

VINCENT – The Montevallo Bulldogs were able to overcome a six-run third inning from the Vincent Yellow Jackets on Saturday, March 13 thanks to six unanswered runs between the fourth and fifth innings.

The Bulldogs scored one in the top of the third as well to put runs on the board in three consecutive innings and pull off a thrilling one-run victory against the county foe.

After grabbing the lead with four runs in the top of the fifth, Montevallo’s Robbie Gallagher finished off a complete-game performance by getting through the final relative ease.

Gallagher got through the fifth and sixth with back-to-back 1-2-3 innings. He then allowed the lead-off man to reach in the bottom of the seventh, but put the rest of the Yellow Jackets down in order to close out a solid performance.

On 92 pitches, he allowed eight hits and six runs, five of which were earned, while striking out three and walking one.

For a while it looked like Vincent eighth-grade pitcher Aiden Poe was set for another strong performance after getting through the fourth inning with his team in front 6-2. To that point, he struck out five batters and was in line to pick up a win.

The jackets put him in good shape with a six-run bottom of the third, which followed the Bulldogs taking a 1-0 lead in the top half of the inning.

Vincent put together three consecutive singles following a walk and an error to lead off the inning, which led to three runs cross the plate. The first was an RBI single from Poe, followed by a single from Eyan Davis and then a two-RBI single from Zack Carlisle.

Later in the inning, RBI singles from Levi Gowers and Easton Fields helped the Yellow Jackets score three more runs to give them a 6-1 advantage through three.

Montevallo answered with two runs in the top of the fourth thanks to a Gallagher walk with the bases loaded to drive home one run with two outs. That was followed by an RBI single from Blaine Carstensen to cut the deficit to 6-3.

Montevallo came right back in the top of the fifth to take the lead.

Following a strikeout to start the inning, Wesley Burdett was hit by a pitch before Brady Baugh and Jeremy Holsomback laced back-to-back singles to the outfield to load the bases with one out.

A bases-loaded walk to Will Snuggs brought home the inning’s first run, but Poe’s seventh strikeout of the game put two outs on the board with Vincent still in front by two runs.

The Bulldogs, however, found clutch hitting from Kial Cottingham and Gallagher. Cottingham doubled to left field to tie the game before Gallagher came through with what became the game-winning RBI single to put the Jackets in front 7-6.

Baugh totaled three hits and had two runs in the win, while Cottingham, Gallagher and Holsomback all had two hits. Cottingham and Gallagher added two RBIs apiece. Carstensen and Cody Posey each had one hit and one RBI in the win.

Vincent was led by Davis with a 3-for-4 performance, while Fields went 2-for-3 with an RBI. Poe and Gowers each added one hit and one RBI.