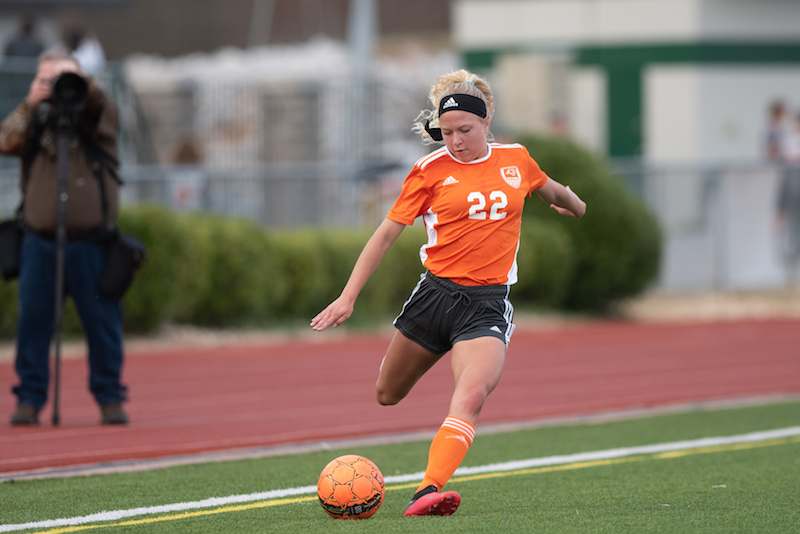 Pelham’s girls soccer team is the final unbeaten team in the Class 6A rankings after a 4-0 record during the week of March 8. (File)

Pelham’s girls soccer team continued its winning ways during the week of March 8. After winning the first two games of the week to improve to 8-0, the Panthers extended the streak to 10 straight to start the season after completing the week with four wins in four days.

Pelham won the first two games at home but had to hit the road for the next two. That, however, didn’t deter the Panthers, who went on to take down Shades Valley 8-0 on March 10 and Pinson Valley 3-0 on March 11.

With the two wins, Pelham not only improved to 10-0 to remain the only unbeaten team in Class 6A this year, but the No. 5 Panthers extended their shutout streak to five matches in a row.

Beyond that, Pelham has shut out eight of 10 opponents so far this season showing dominance on the defensive end of the field.

But the Panthers have also carried their stellar play over to the offensive side as well. They have scored at least two goals in every game this season, including four or more in six of the 10.

Pelham has outscored opponents by a combined 44-2 this season, including 27-0 in the last five games in a row.

The Panthers are also 2-0 in area play with wins of 7-0 over Chilton County and 5-0 over Calera to put them squarely in the picture to make the playoffs this year.

Pelham still has two more matchups with area foe Helena on the schedule, which could determine the area champion and runner up as well as one more against both Chilton County and Calera.