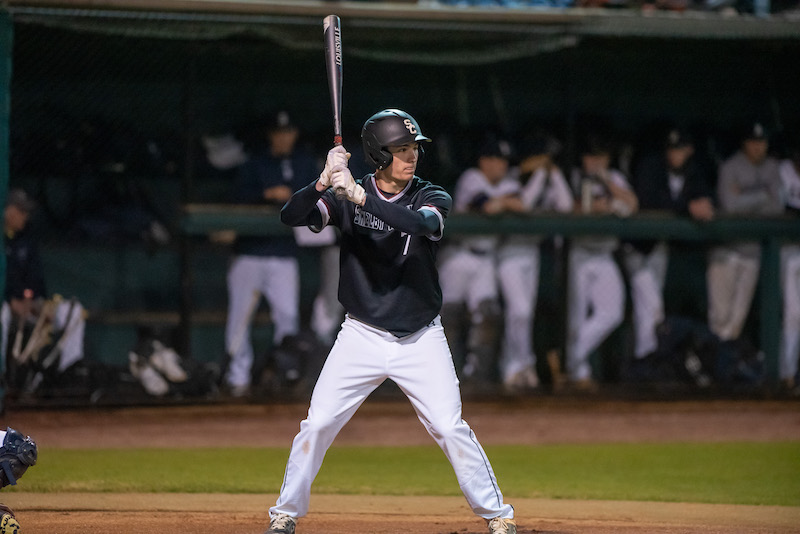 The Shelby County Wildcats scored 11 combined runs between the fifth and sixth innings to take down county foe Calera on March 13. (File)

CALERA – Despite trailing 2-0 for much of the game, the Shelby County Wildcats were able to score 11 combined runs between the fifth and sixth innings on Saturday, March 13, to take down county foe Calera.

From there, however, Kaden Cardwell settled in for a strong performance on the mound.

He didn’t give up another run the rest of the way and allowed only four hits for the game while striking out eight batters.

That allowed Shelby County to remain patient at the plate and not feel forced to come back all at once.

After four scoreless innings at the plate, the Wildcats stormed in front in the top of the fifth after loading the bases with no outs. Micah Morris singled to left field, J.T. Pennington walked and Austin Wilson singled on a bunt.

Calera looked like it was going to limit the damage after picking up back-to-back ground outs. While two runs crossed the plate, the Eagles had put two outs on the board and were still tied.

But then, an RBI single from Matthew Pearson gave the Wildcats a 3-2 lead. Following a hit batter, an error on a stolen base attempt from Pearson then allowed him to come home and make it 4-2.

That gave Shelby County the lead, but it was the next inning that made the difference.

The Wildcats used two walks and a hit batter to load the bases with one out. That was followed by back-to-back singles from Riley Lewter and Logan Starnes to bring home three runs.

Following another hit batter and a bases-loaded walk, another run crossed the plate to make it 8-2.

A strikeout put two out on the board, but a bases-clearing double from Connor Aderholt gave the Wildcats an 11-2 lead, which became the final score.

Morris finished off the final inning on the mound and allowed one walk but not hits while striking out two.

Calera was led by Gay, who went 2-for-3 with one RBI, while Sheehan and Bentley Berry each had one hit.

Montevallo comes back for one-run win against Vincent