WESTOVER – Frankie Osborn has been featured in multiple local publications for her extensive four-leaf clover collection, but this year, her hobby made it into a national magazine.

Garden & Gun highlighted Osborn’s clover-collecting adventures in an article in the February/March 2021 issue of the magazine.

“I am not sure how they discovered my story,” Osborn said. “I received an email from one of the editors and asked permission to do a story. They were looking for someone to represent the state of Alabama in the Southern Agenda story. I was very honored to have been chosen.” 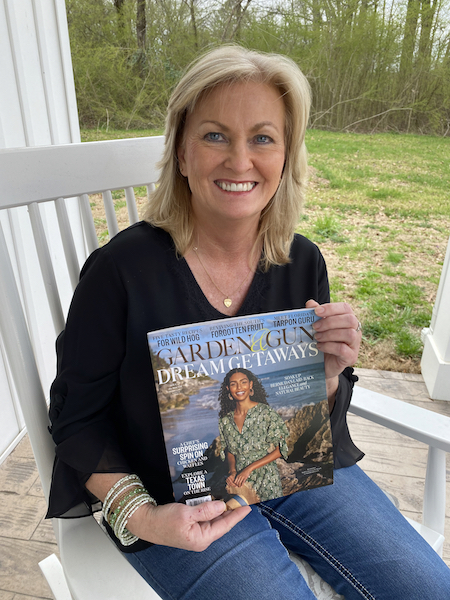 “However, I have stacks and stacks of telephone books that are full of clover that I have not had the time to put into the photo albums and count,” Osborn said. “I have given many away. One year I made bookmarks with real four-leaf clover on them and sent them out with Christmas cards to 250 friends. I gave 200 to an attorney in Tuscaloosa. He said he wanted to make something for his grandchildren.”

Osborn said she was excited the piece incorporated her love for finding four-leaf clovers with a plug for the weather and farmlands in Alabama that, together, create ideal conditions for clover hunting.

“I hope it sparks an interest in others to get outdoors with family or friends and possibly finding a four-leaf clover of their very own,” she said. “I really enjoyed the time when my children were young, and we would wander through a pasture or backyard and search for the treasures. It was like Easter every day.”

Osborn, who owns Lucky Realty of Alabama, said she has shared her collection and the story of St. Patrick with many schools and churches over the years.

“It gives me a chance to share the true meaning of the holiday and tell how St. Patrick spread clover seed all over Ireland and used the three-leafed legumes to represent the Holy Trinity,” she said. “I am always amazed that most people don’t have a clue what it’s really all about.”

Now, Osborn has shared her passion for browsing seas of green on the ground to find clovers with four or more leaves with an even bigger audience.