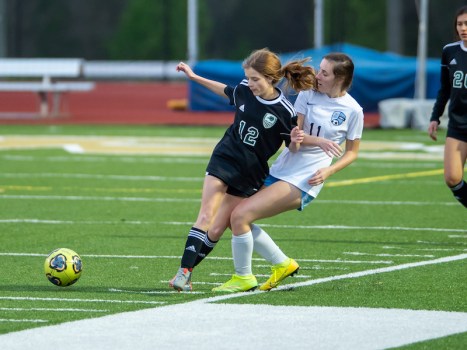 Pelham’s girls soccer team remained undefeated on the season with a 4-0 win against Helena on March 18, while the boys stayed perfect in area play with a 1-0 win against the Huskies. (For the Reporter/Larry Dancy) 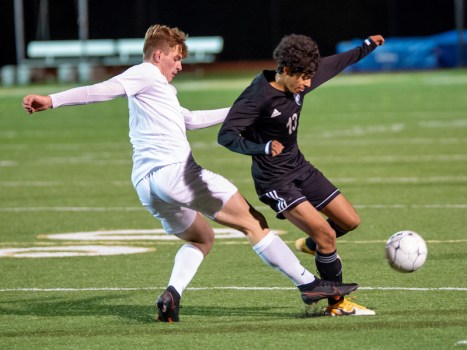 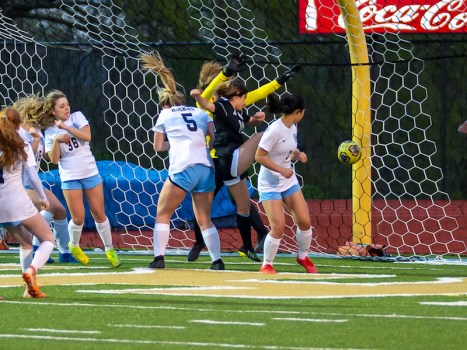 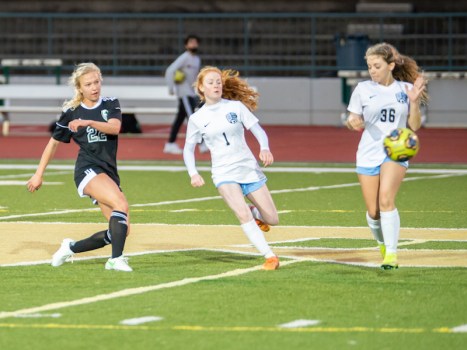 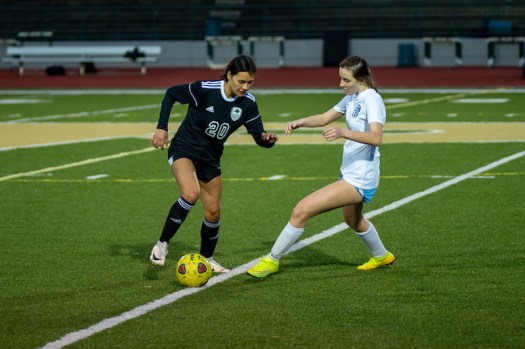 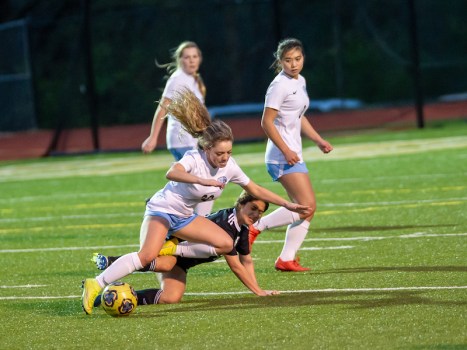 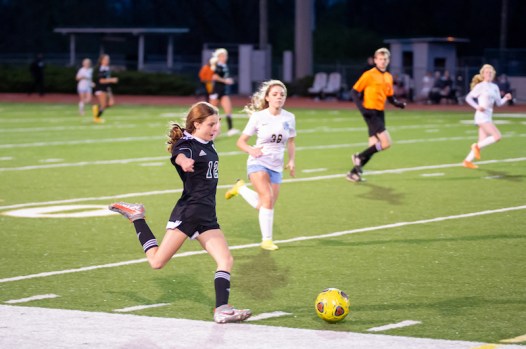 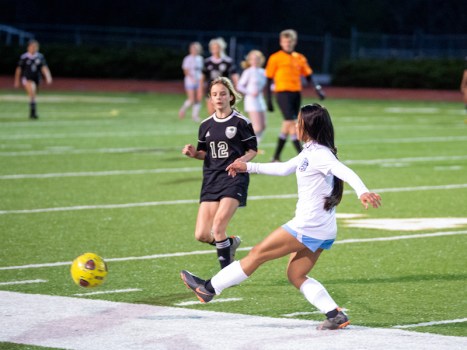 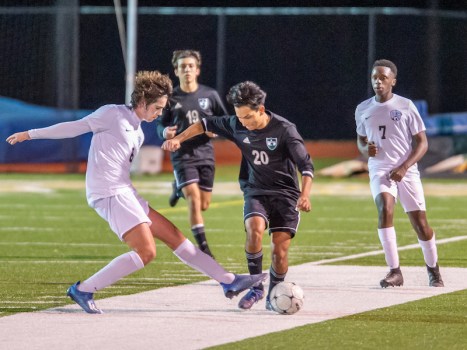 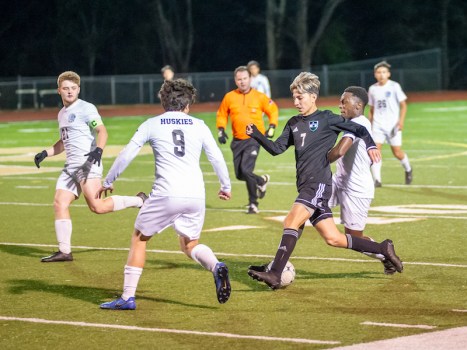 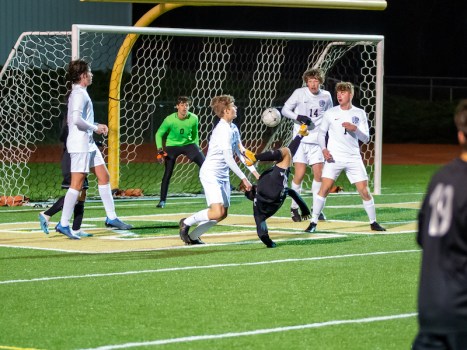 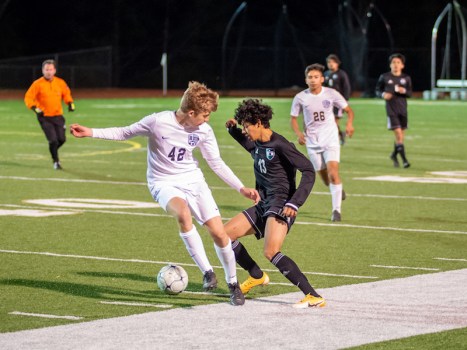 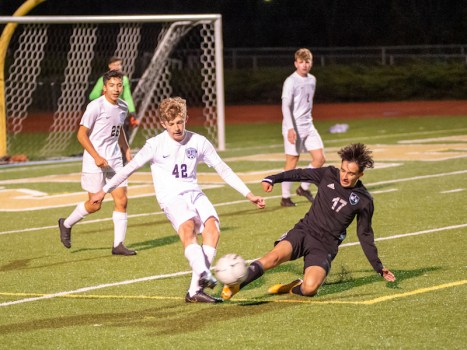 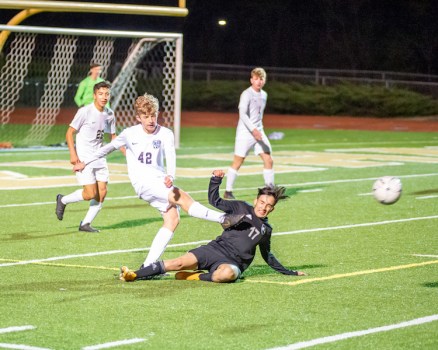 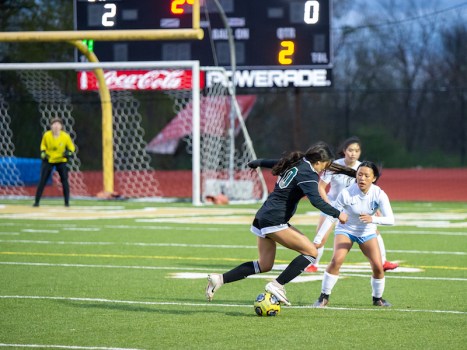 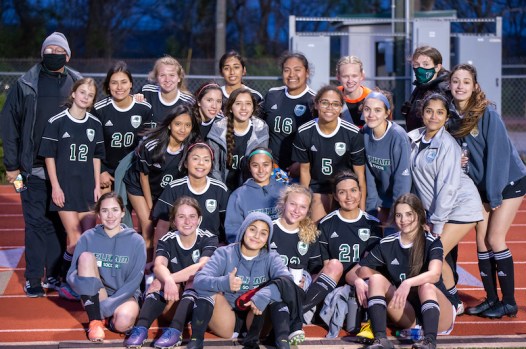 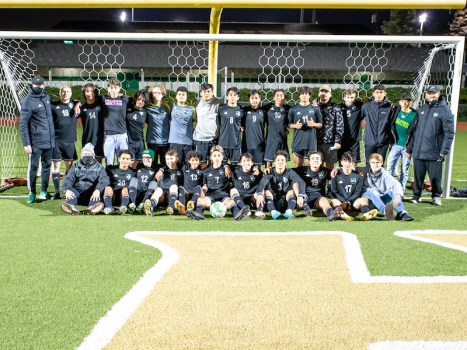 PELHAM – Pelham’s boys and girls soccer teams have been flawless in area play this season, while the girls have been dominant as a whole, both of which continued on Thursday, March 18.

Taking on Helena in two delayed rivalry soccer matchups, the girls were able to walk away with an impressive 4-0 shutout to remain unbeaten this season, while the boys got a 1-0 victory to stay perfect in area play.

Pelham’s girls, the No. 5 team in the Class 6A standings, looked to be in for a battle early in their matchup with the Huskies, scoring just one goal in the first half.

But the Panthers hadn’t given up a goal in five consecutive matchups, and that defense carried into this match.

While the offense struggled early in the game, the defense was able to help them stay patient and wait for their opportunities.

Pelham capitalized on that in the second half. The Panthers scored 7:04 into the period to make it 2-0, which set off a strong half of play. They went on to score again five minutes later and closed the game out with one final goal with 9:32 to play to complete the 4-0 win.

With the win, the Panthers improved to 11-0 overall and 3-0 in area play, now holding a win against each area opponent.

They have now outscored their opponents 48-2 this season, giving up just one goal to Mortimer Jordan and Oxford. Against area opponents, Pelham has won by a combined 16-0.

The boys have had hit a couple of different lulls in the season, losing back-to-back games twice.

That was the case coming into this matchup with Helena after losing 4-3 to Pinson Valley and 4-0 to Indian Springs in their last two games.

The Panthers, however, had shut out four in a row before those two losses and had won their two area games by a combined 12-0.

Knowing the defense needed to step up and put together another shutout performance, Pelham did just that and prevented Helena from ever finding the back of the net.

That became key, as the Panthers also struggled at times on the attack.

But 17:38 into the game, Kenneth Hernandez was able to find some space and burry one into the back of the net for a 1-0 advantage.

That became Pelham’s only goal, but with the defense and Braden Troxell in goal, that’s all the Panthers needed. Troxell put together a clean sheet and had four big saves to help Pelham pick up the win.

Pelham is now 8-5 on the season and 3-0 in area play as the favorite to win the area title.