Green beefs out the competition at cook-off 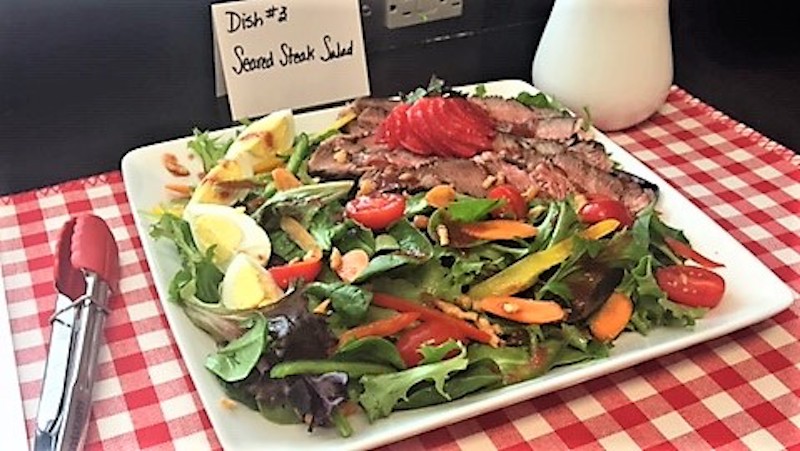 PELHAM— Even though she is only in the eighth grade, Caroline Green has developed a passion for the culinary arts and was recently acknowledged for her skills when she won the Shelby County Beef Cook-Off.

The competition is an annual event sponsored by the Shelby County and Alabama Cattleman’s Associations, which is designed to promote and encourage nutrition through the use of beef products in cooking.

Green was selected to represent her school after winning a smaller competition within the school. She joined students from other schools throughout the county to compete for the top place, which affords a place in the State Beef Cook-Off.

She said that winning was an incredible achievement for her as cooking is a great passion of hers, which she has been working on for a while with the help of family.

“I was very nervous and I didn’t know what to expect at first, but I was also very excited to be able to compete in the county cook-off,” Green said. “It was very unreal and exciting to win and to be able to move on to the state competition.”

For her entry, Green crafted a seared steak salad that accented her knife and plating skills which propelled her to a win.

“I made a seared steak salad. I wanted to make a salad with a lot of color by using bell peppers, tomatoes, carrots and then the steak,” Green explained. “I seared it to medium rare, on the side of my dish and I cut up things to make it look pretty. Then I added strawberry balsamic vinaigrette and a strawberry on top.”

Green was encouraged by her Family and Consumer Science teacher Pam Simpson, who has helped Green develop and foster the skills that she already has.

“She is in my advanced class and has been in the FCCLA since she started middle school,” Simpson said. “She really is a foodie and loves cooking. Earlier this year we were teaching knife skills, which she was able to accent in her dish.”

Simpson said that Green was very prepared and took note of the important requirements for the competition to create a winning dish.

“One of the things that they are rated on is the taste, presentation, they are also rated on the health and nutrition part,” Simpson said. “There are some cuts that aren’t as nutritious as others. It has to contain at least one pound of beef. It is good for them because it gets them out of their comfort zones and think about.”

As the winner of the county competition Green moves on to the state cook-off which will take place at Jefferson State University on April 24.

“I am feeling very excited about going to the state competition,” Green said. “I really enjoy cooking. I have been cooking with my grandfather for a long time so it is just very exciting.”