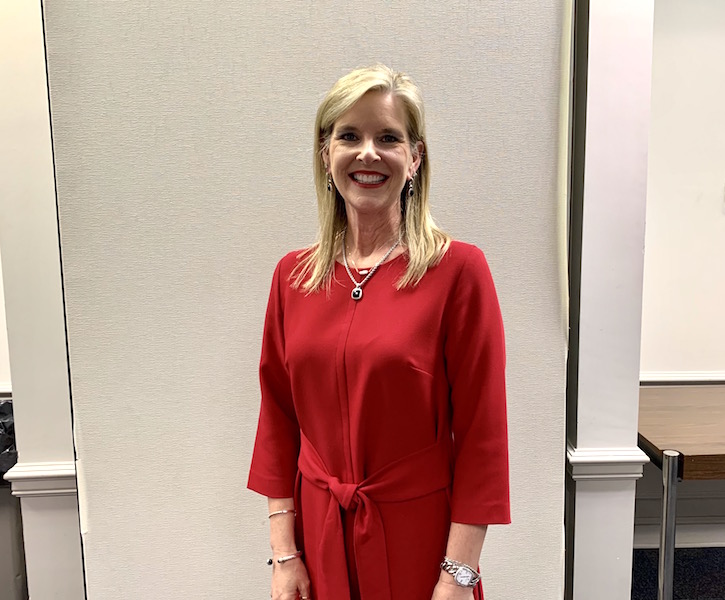 Debbie Horton was approved as the new elementary school coordinator for Shelby County Schools at a Board of Education meeting on March 19. (Reporter Photo/Emily Sparacino)

Debbie Horton, who has served as the district’s human resources supervisor since November, will move to the elementary school coordinator position.

“I’m very excited about this new opportunity,” Horton said to the Board. “Looking back over the last year, who would have thought we would have done the things we’ve done in one short year? We learned how to innovate and do some things in a whole different way.”

Horton has worked in education since 1990, when she began teaching in Midfield City Schools. She came on board with Shelby County Schools in 1997 and taught at Valley Elementary School.

Horton thanked Campanotta and other district leaders she described as mentors for setting great examples for her.

“I have learned tons in a short time as the supervisor in human resources that I think will help me in the new role I am taking,” Horton said. “I look forward to this new role.”