Stano gets to take dream trip to Disney

By DONNAMY STEELE / For the Reporter

After 9-year-old Creed Stano was diagnosed with cerebral palsy eight years ago, he has not been able to walk on his own. The Magic Moments program presented Creed and his family with a trip to Disney World at the Alabaster AMSTAR, something his mother Melissa Stano was grateful for in more ways than one.

“He was so excited. I think it was a lot to take in at first, but he was just super excited and he just couldn’t believe that he was going to Disney World in two weeks,” Stano said. “It was awesome. I think he is finally getting to the age where he knows there is something different about him and he knows he’s been working on walking for nine years. The other day he said, ‘It’s been nine years, am I ever gonna walk?’ So it was just nice, especially during the pandemic and everything going on, we could just take him away and let him be a kid.” 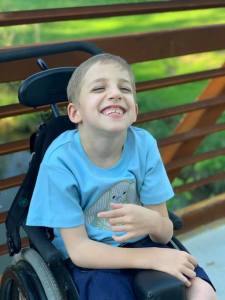 Stano was first introduced to the Magic Moments program through a trick-or-treat event held by them in October. After realizing that her son was eligible, they began pursuing it. Despite visiting Disney prior, Creed wanted to visit it again. The family stayed at the Give the Kids the World Village in Orlando where they were provided with food, gifts and holiday themed parties each day during their vacation, Stano said.

“We stayed at the Give Kids the World Village for seven days, and it was just a wonderful experience to be able to just be us and hang out with family and enjoy all of the magic that Orlando has to offer.”

Creed is a third grader at Montevallo Elementary. His mother described him as an old soul, funny, super smart, and a die-hard Auburn football fan. Creed was diagnosed with cerebral palsy when he was about 1 year old. After his parents realized he wasn’t meeting certain milestones, they knew there was something more to it.

Stano said they are fortunate because his condition is purely physical.

“He doesn’t have any cognitive delays, it’s just gross and fine motor skills that he has to work on, which is not the case for everybody who has CP. We feel really grateful for that,” Stano said. “He has PT and OT and just works on tasks that for the rest of us seems really simple like writing or eating with a spoon or fork or walking around the track, but luckily we live in a time that is accepting and advanced in what they kind of have to offer him.” 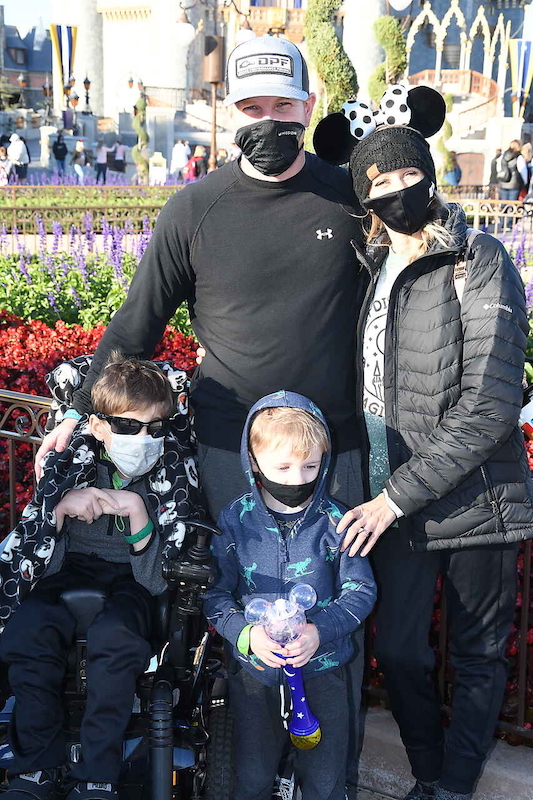