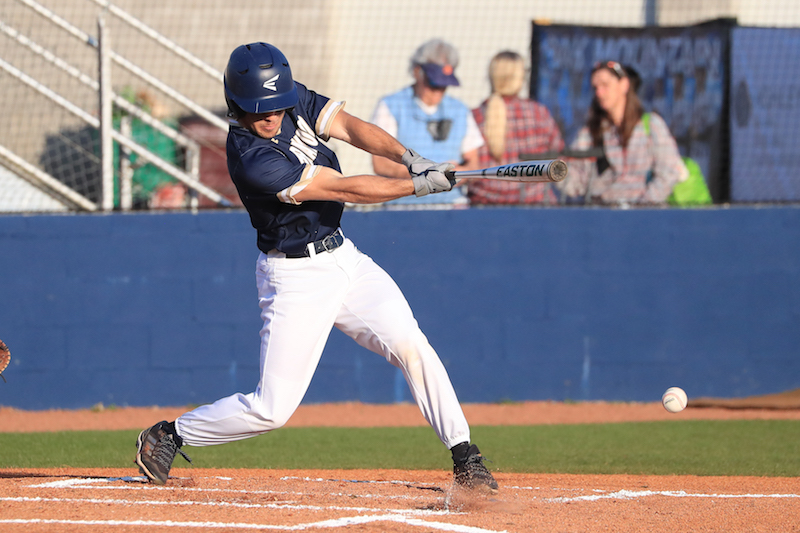 The Briarwood Lions broke a 1-1 tie in the with one run apiece in the fifth and sixth innings to take down Hueytown 3-1 on March 19. (For the Reporter/Dawn Harrison)

NORTH SHELBY – The Briarwood Lions were able to capitalize on seven combined hits from their top four spots in the lineup on Friday, March 19 to pick up a 3-1 home victory against Hueytown.

The Lions overcame leaving 10 runners on base during the game when they broke a 1-1 tie with one run apiece in the bottom of the fifth and sixth innings.

Briarwood took the early lead in the bottom of the first when Wesley Helms hit an RBI single to right field for a 1-0 advantage. With three consecutive outs, however, the Lions went on to leave the bases loaded with no outs in the inning.

That looked like it might become costly when the Golden Gophers tied the game in the top of the third on an RBI single of their own.

But thanks to Jonah Carroll on the mound, Hueytown never could bring another run home.

Carroll allowed just that one run and five hits in six innings pitched, while he struck out four and walked four.

That helped Briarwood remain patient at the plate despite three scoreless innings in a row.

The Lions got back in the scoring column in the bottom of the fifth thanks to Eli Steadman, who hit a leadoff home run over the right-field wall.

Briarwood then came back an inning later and added an insurance run when Cal Higdon laced a two-out double to left field to bring home one more, which led to the final score of 3-1.

The first three in the order for the Lions finished with two hits, as Steadman, Higdon and Waugh each picked up two in the win. Steadman and Higdon each added an RBI, while Steadman and Waugh both had one walk as well.

Brady Waugh added two walks, while Helms had one hit and one RBI. Spencer Nichols had the only other hit for the Lions.

Drew Daniel finished off the final inning on the mound and allowed one walk with one strikeout.