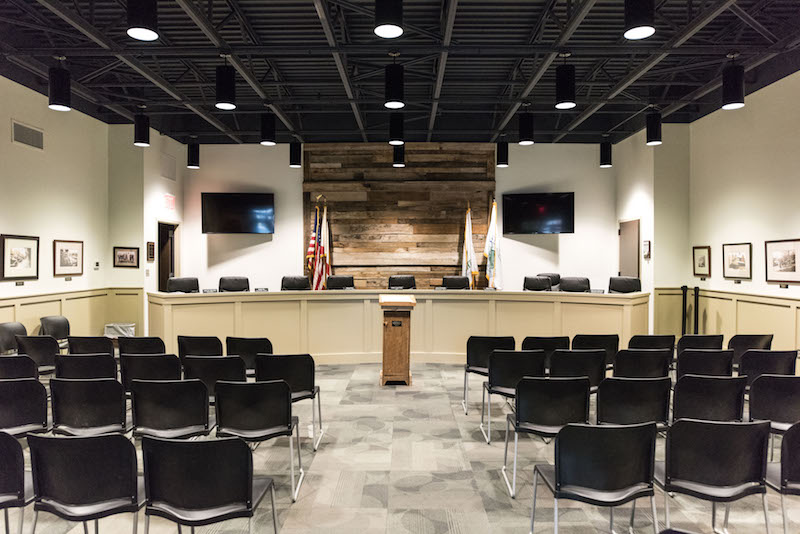 MONTEVALLO – The Montevallo City Council on March 22 accepted the resignation of the city’s representative on the Montevallo Development Cooperative District and appointed a current Council member to the position.

In her resignation letter, long-time MDCD Chair Dee Woodham cited the content of a discussion among City Council members at a March 8 meeting regarding the MDCD’s use of funds for capital improvement projects as grounds for her decision.

“Those participating made many incorrect statements, and I was offended by both the tone and what I felt to be a personal attack on me,” Woodham wrote, noting she was unaware the discussion would be taking place and watched the video recording of the March 8 meeting afterward. “I was much more offended by the clear lack of support for an entity that has driven every major capital improvement project in this city for the past decade. MDCD is a perfect example of how working together accomplishes more. A list of city improvements that would never have been completed without the MDCD is too lengthy to set out, but walk outside and look around you, and you will see many.”

The Council’s discussion of the MDCD on March 8 started with mention of a proposed project to renovate the University of Montevallo’s Sims House to serve as a community counseling clinic.

Councilperson Martha Ann Eisenberg expressed concerns about the city contributing $125,000 to the project.

“At this time, the city does not need to be funding a renovation or training program for students at the University of Montevallo,” Eisenberg said. “You cannot project income 10 years from now. The city of Montevallo needs to concentrate on getting our house in order. We have various needs that should be handled.”

Mayor Rusty Nix said the MDCD does not have to gain the Council’s approval on capital projects such as the Sims House.

“If we want to change that, we can get with legal counsel and see the steps where the representative does have to come back through Council,” Nix said, “But the way it is set up right now through the bylaws, they do not have to come through council.”

Created in 2012 under the Capital Improvement Cooperative Districts Section of the Alabama Code, the MDCD is a partnership between the city of Montevallo, Shelby County and the University of Montevallo with the purpose of promoting economic development, tourism, education, recreation, the arts, historic preservation, livability and health and active lifestyles.

A three-member board comprised of appointed representatives from each involved entity governs the MDCD.

Prior to her resignation, Woodham had represented the city on the MDCD since its inception.

Regarding funding, each of the three entities individually or in combination may provide funding for particular projects. The MDCD’s only continual source of funding comes from an appropriation of 90 percent of the city’s 2011 1-percent sales tax.

The MDCD conducts business at public meetings held on the second Monday of each month at 1 p.m.

Councilperson Sonya Swords and Councilperson David King commended the MDCD for the many beneficial projects it has led in the city, but also said they would like to see more checks and balances regarding approval of large-scale projects.

“I think going forward, we need to figure out a way for the elected officials of this community to sign off on those projects by a simple vote of Council,” King said. “I think that would benefit our city well beyond this Council to make sure that person has the support of the elected officials in town when they make decisions to spend that level of tax revenue.”

In her letter, Woodham wrote she had reached out to the mayor and each Council member repeatedly regarding the operations of the MDCD, most recently regarding the funding of the Sims House project, but did not receive a reply with the exception of Councilperson Kenneth Dukes about the Sims House.

“Despite my repeated efforts to include and inform the mayor and Council of the operations of the MDCD, no one has reached out to me with questions about the MDCD or had the courtesy to inform me that this issue would be addressed at the March 8 meeting,” Woodham wrote. “As someone who has volunteered innumerable hours of my time over the last decade to improvement of this city and attempted to build and maintain cordial and productive relationships with everyone, I can only say I hope you don’t treat future volunteers in this manner.”

The Council approved the appointment of Swords as city representative on the MDCD through March 11, 2022, the original expiration date of Woodham’s term.