SCSO shares updates on injuries, damage in wake of tornadoes 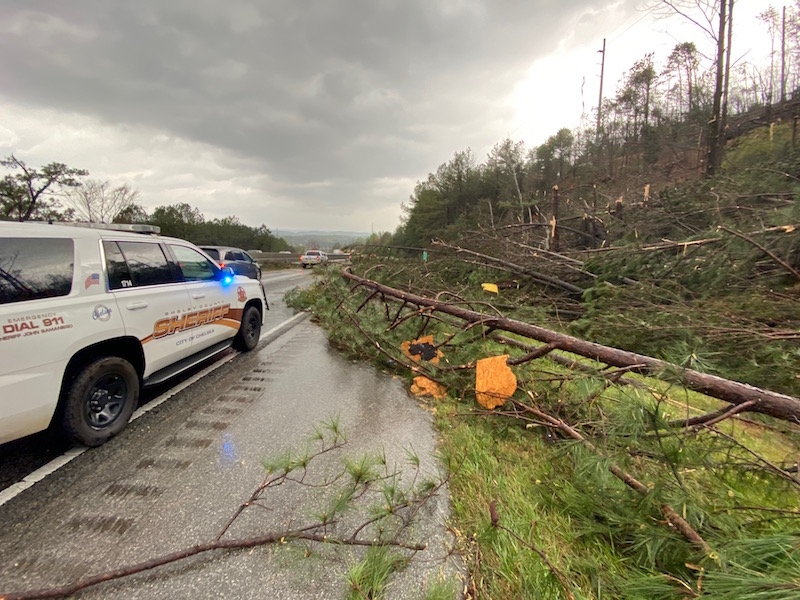 County officials are continuing to assess the damage two large tornadoes left in multiple neighborhoods and businesses in Shelby County at different times on Thursday, March 25.

As of the morning of Friday, March 26, no fatalities had been reported, but seven people were injured and treated, according to a Shelby County Sheriff’s Office press release.

“These storms have caused a tremendous amount of property damage in Shelby County and around the entire state of Alabama,” Shelby County Sheriff John Samaniego said. “We are thankful that we have no reported fatalities in our county at the moment, and we pray that number does not change. My heart goes out to all of those affected by this natural disaster, and I want everyone to know that our office is working around the clock with other agencies and volunteers to assist with damage control, recovery and the protection of damaged areas.”

Other numbers reported to the Shelby County Emergency Management Agency include the following and could grow throughout the day:

Citizens are asked to use alternate routes to avoid this area while crews work to clear debris and power lines. This roadway is expected to be closed most of the day March 26.

Multiple donation centers have been established throughout the county and are listed at Facebook.com/ShelbyCounty.Sheriff.

The SCSO’s social media platforms on Facebook, Twitter and Nextdoor will be updated throughout the day with information on road closures, donation locations and other relevant information.

The Shelby County Sheriff’s Office is requesting that citizens avoid the recovery areas so work crews and emergency workers can easily access the areas without having to manage heavy vehicular and pedestrian traffic.

Those who would like to help may donate supplies to the verified collection locations posted on the SCSO social media pages instead of coming to the disaster areas in person, unless they are specifically called on by a homeowner for aid.

Local churches and volunteer organizations are working to create lists of volunteers that may be used for coordinated efforts in the future.