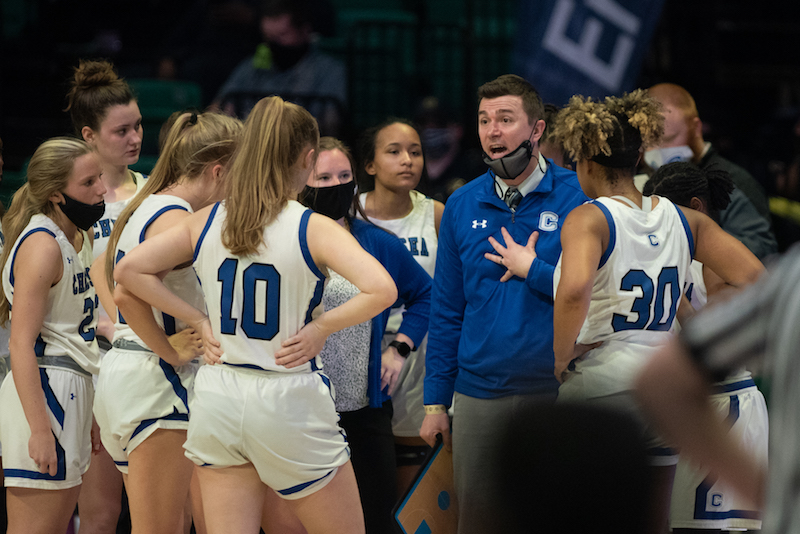 Chelsea head coach Jason Harlow led the Hornets to a Final Four this season for the first time in school history, earning him his second Coach of the Year award in three years as the team's coach. (Reporter photo/Keith McCoy)

CHELSEA – It’s not difficult to recognize talent, but often times we take for granted what a good coach can do. Talent in players is much easier to recognize and can make any coach look good, but helping those players reach their potential is when you see what a coach is capable of.

Over the last three years, Chelsea girls basketball head coach Jason Harlow has shown us what is possible when you have an elite coach.

Harlow took over a five-win team following the 2017-18 basketball season with the hope of laying a new foundation for the Hornets.

Not hiding from the state’s best during his first season, the Hornets took on top teams and the change was immediate. The Hornets got off to a 5-10 start due to their difficult schedule, but went on to win eight in a row.

That was part of a stretch that saw the Hornets finish undefeated in area play and claim both the regular season and area tournament championships.

Chelsea went on to make the Sweet 16 and finish above .500 for the first time since the 2007-08 season in Harlow’s first season leading the team.

Right then, you could see what was to come. 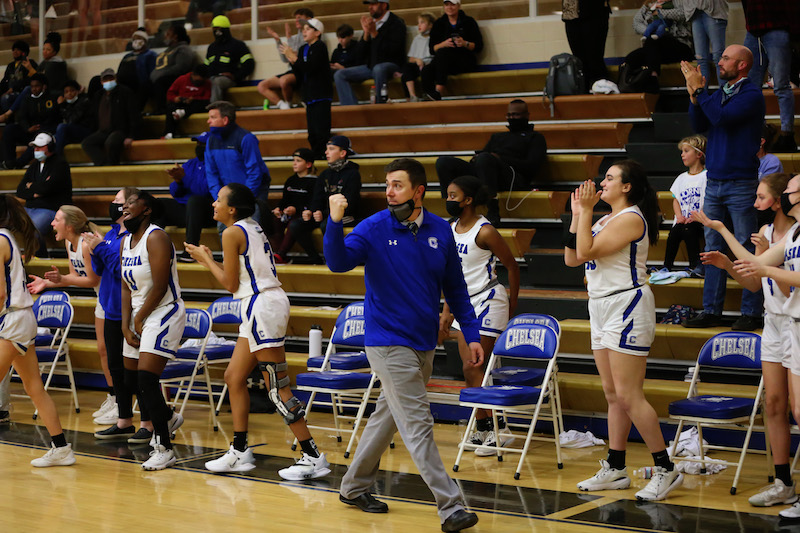 He had helped a young group of players start to scratch the surface of their potential and believe in winning championships at Chelsea.

The intensity on the defensive end was as good as any team in the state, which led to an up-tempo and fun style of basketball to watch on the other end as well.

That carried into year two, and the team took an even bigger step in the right direction by finishing 20 games above .500 at 26-6, winning another area championship and advancing to the Sweet 16 for the second year in a row.

But the 2020-21 season marked not just the most special of the last three years but the best in school history for the Hornets.

Despite losing two starters, and arguably their best players from the year before, the Hornets had others step up to help the team win a third area championship in a row and make history with their first-ever trip to the Final Four.

In three seasons leading the Hornets, Harlow has taken them from five wins to a combined 68 wins, three consecutive Sweet 16 appearances and a berth in the Final Four.

This year’s effort, after losing two key starters, was one of his best and continues to show his prominence as a head coach, which easily earned him the 2020-21 Shelby County Coach of the Year award.

It marks the second time in three years Harlow has been honored with the award after earning the same recognition following his first season.

There were several coaches who deserved praise this season after putting forth spectacular seasons.

Similar to Harlow, Pelham head coach Crosby Morrison has helped turn the Panthers’ program around and led them to the Sweet 16 for the first time in the modern era.

Spain Park head coach Mike Chase lost star player Sarah Ashlee Barker and was without several other key pieces, but had the Jags with a chance to still advance to the postseason. Competing in the same area as the two state championship teams this season, Chase got the team to improve drastically from the start of the season to the end.

And Thompson head coach Marty Smith also put together a special season in year two with the Warriors, helping them finish 19-9 for their best mark in several years.

But Harlow’s Chelsea team was special, and he has quickly become one of the state’s best head coaches in the state.

Thanks to him getting the players to buy in to his system, the Hornets have gone from five wins to title contender in three years.