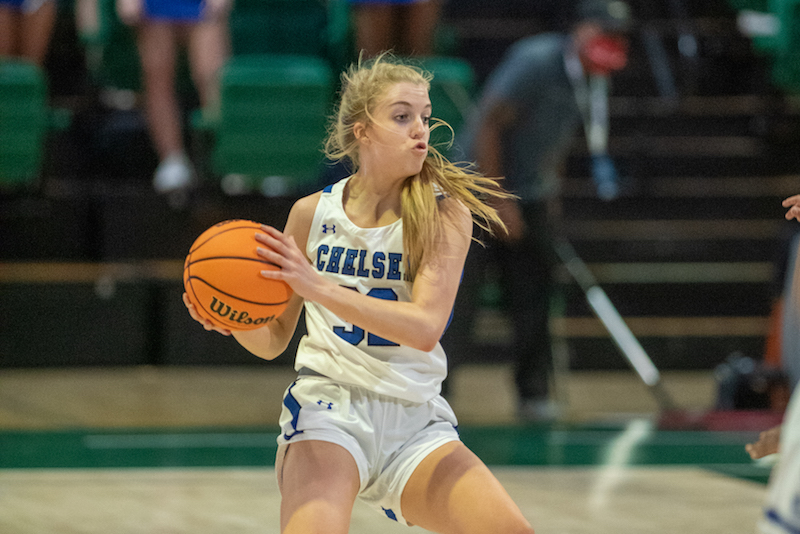 Ellen Fleming was named to the All-County First Team after helping lead Chelsea to the Final Four this season for the first time in school history. (Reporter photo/Keith McCoy)

A special 2020-2021 basketball season for Shelby County teams recently came to an end, but it’s one that will be remembered by many local teams, players and coaches for years to come.

The Chelsea Hornets continued a strong three-year stretch with their first trip to the Final Four in school history, while the Pelham Panthers did the same with their berth in the Sweet 16.

Beyond that, Oak Mountain made it back to the Sweet 16, Thompson had one of its best seasons in recent history and the Helena Huskies advanced to the postseason after one of their best seasons in school history.

None of that would have been possible without players overcoming obstacles and doing what they had to in order for this season to be played, and many took advantage of the opportunity.

Those top players have been named to the 2020-2021 All-County girls basketball team. 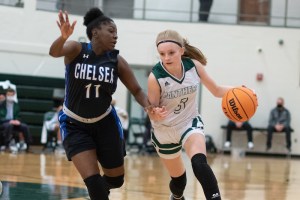 Guard: Laci Gogan, sophomore, Pelham. This year’s Player of the Year, Gogan was by far the best player in the county after averaging 19.2 points, 3.1 assists and 2.8 rebounds per game. She scored six more points per game than the next closest player and helped lead the Panthers to the Sweet 16 for the first time in school history after she returned from missing several games during the middle of the season. She added 54 steals and made 44 3-pointers. 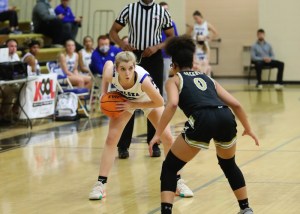 Guard: Ellen Fleming, senior, Chelsea. Fleming was the motor for Chelsea’s Final Four run this season. She was the team’s leading scorer with 10.7 points per game, while also averaging 3.4 rebounds and 1.1 assists per game. She added 46 steals and knocked down 38 3-pointers. 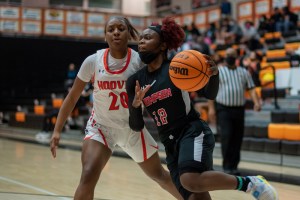 Guard: Alecia Reasor, senior, Thompson. The third leading scorer in the county, Reasor finished with 13.1 points per game this season. She also added 4.1 rebounds and 1.3 assists per game with a remarkable 74 steals to help the Warriors put together a 19-9 season. 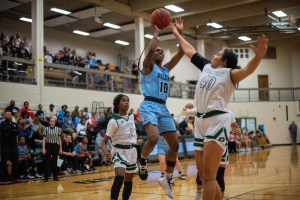 Forward: Montana Harris, senior, Helena. Harris finished her career with the Huskies as the county’s second leading scorer thanks to 13.4 points per game this season. She also added 6.2 rebounds and 1.2 assists per game with 37 steals. 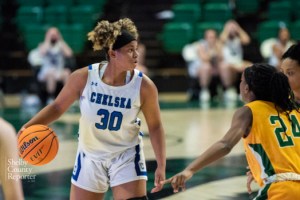 Forward: Sophia Brown, sophomore, Chelsea. With 8.4 points per game, Brown finished second on the team in scoring during a Final Four run, but her 5.1 rebounds per game and 62 steals this season were the key. She not only sparked fast-break opportunities but gave the team second looks on offense in the post. 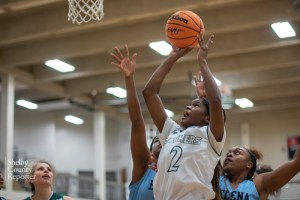 Guard: Myriah Tate, sophomore, Pelham. Tate took on a big role at times this season with Gogan out at times, and she flourished. Tate not only averaged 11.7 points per game but was one of the best rebounders in the county from a guard position with 7.8 rebounds per game. She also had 65 steals and averaged 1.7 assists per game. 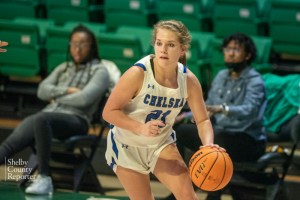 Guard: Sydney Schwallie, junior, Chelsea. Whenever Chelsea needed a big basket or assist, Schwallie was there. During a historic season, she was a true point guard running the show. She finished the year averaging 8.1 points, 3.1 rebounds and 2.8 assists per game with 59 steals and 38 made 3-pointers. 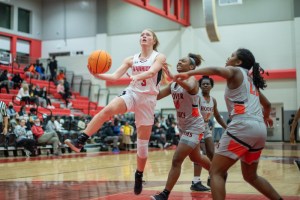 Guard: Lindsey Cook, senior, Thompson. A special career at Thompson came to an end for Cook this year, and she went out averaging 10 points, 4.4 rebounds and two assists per game. She also had 58 steals and helped the Warriors finish 19-9 against a difficult trek of games. 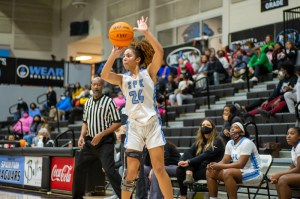 Guard: Camille Chase, junior, Spain Park. Chase missed a good portion of the first half of the season due to recovering from an ACL injury to end last year’s state championship game. But she came back and was thrown directly in the fire against one of the state’s most difficult schedules. She jumped in and averaged 8.9 points, 4.8 rebounds and 1.9 assists per game. She also knocked down a county-high 60 3-pointers and had 55 steals. 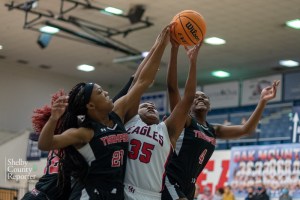 Forward: Charity Shaw, junior, Oak Mountain. The Eagles were full of young talent this season with Raegan Whitaker, Abby Gordon and others stepping up to set the stage for a bright future. But Shaw was a big reason for their trip back to the Sweet 16. She averaged 9.1 points per game to lead the team and also posted seven rebounds per game to finish second to Whitaker by 0.2 rebounds. In addition to that, she led the team with 47 steals.