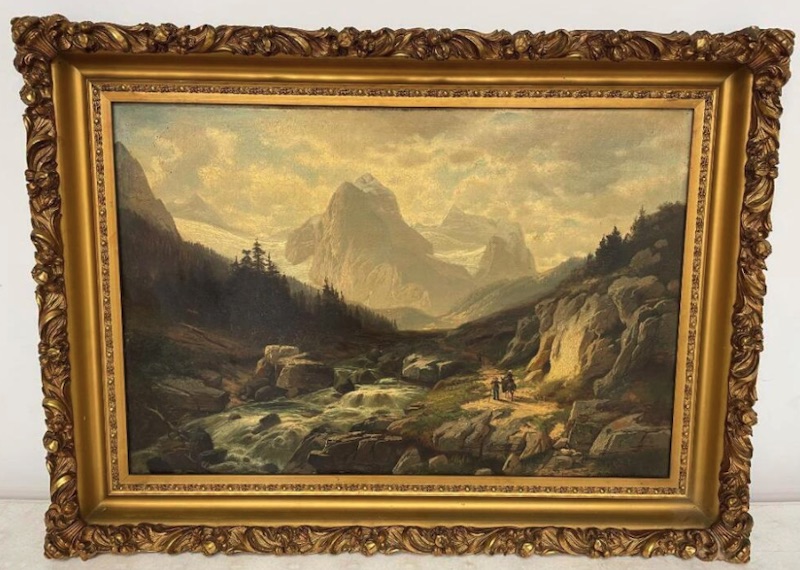 ALABASTER — The late Robert “Rusty” White started collecting antiques and valuables at a young age. He continued to buy, sell, flip and invest in fine arts and historical pieces throughout his life and accumulated many fascinating pieces along the way. To settle his estate, Pearce & Association will sell fine art, Civil War memorabilia, 19th century furniture, jewelry, vases, urns, bronzes and more at online auction on March 29.

“This estate is one of the finest we have the pleasure of handling. We are blown away with the quality of the furniture, art, and collectibles. These assets are a treasure trove for collectors and investors alike,” says Alex Bourland, auction manager.

White sold a pair of consecutive numbered Rigdon & Ansley pistols he had dug up in a field in his Mississippi hometown. These were copies of Colt pistols the Confederates used in the Civil War. He parlayed that cash into his ticket to college at University of Mississippi. With his taste, knowledge and drive for cashing in on collecting and trading antiques and other collectibles, White start publishing an antiques newsletter in 1965. Known as the Robb Report, this magazine is still a go-to for those leading a luxury lifestyle. White sold Robb Report in 2002.