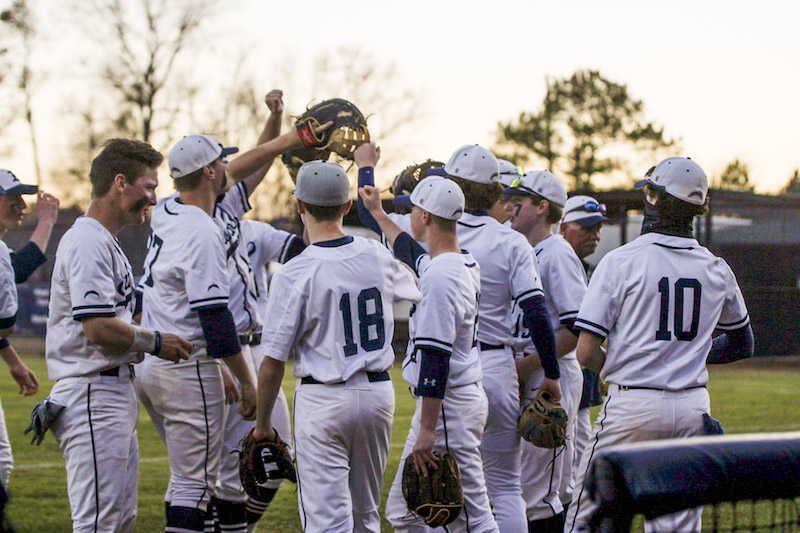 The Evangel Lightning improved to 15-5 on the season with wins against Tuscaloosa Christian and Meadowview Christian March 29-30. (Contributed)

The Evangel Lightning hit the road for games against Tuscaloosa Christian and Meadowview Christian March 29-30 and put together a combined 32 runs to continue an impressive season.

The Lightning, who entered the games off back-to-back losses to Bessemer Academy and Glenwood in tight battles, took down Tuscaloosa Christian 11-1 and Meadowview Christian 21-0 to improve to 15-5 on the season.

Against Tuscaloosa Christian, Evangel scored in every inning of the game, including multiple runs in three of the six innings to pick up the 10-run victory.

The Lightning outhit them 10-2 and committed four less errors.

Nathan Owen and Jacob Souders both picked up three hits, while Souders added two RBIs and Owen one RBI. Owen also scored three runs. Evan Bourne grabbed two hits and one RBI, while Patrick Yeager, Eli Whitfield and Sam Oddo each had one hit and one RBI.

Yeager picked up the win on the mound and did so in dominating fashion. He struck out 15 of the 21 batters he faced and every out he recorded was via strikeout. Whitfield finished off the final inning and struck out two batters.

A day later against Meadowview, the Lightning picked up right where they left off with 14 hits and 21 runs in a three-inning win.

Evangel scored five in the first, 12 in the second and four in the third to pick up the easy mercy-rule win.

Owen led the way at the plate with a 3-for-4 outing featuring four RBIs and two runs scored. He finished the game a home run short of the cycle.

Yeager and Callahan combined to allow just one hit on the mound, while Yeager struck six of the seven batters he faced.