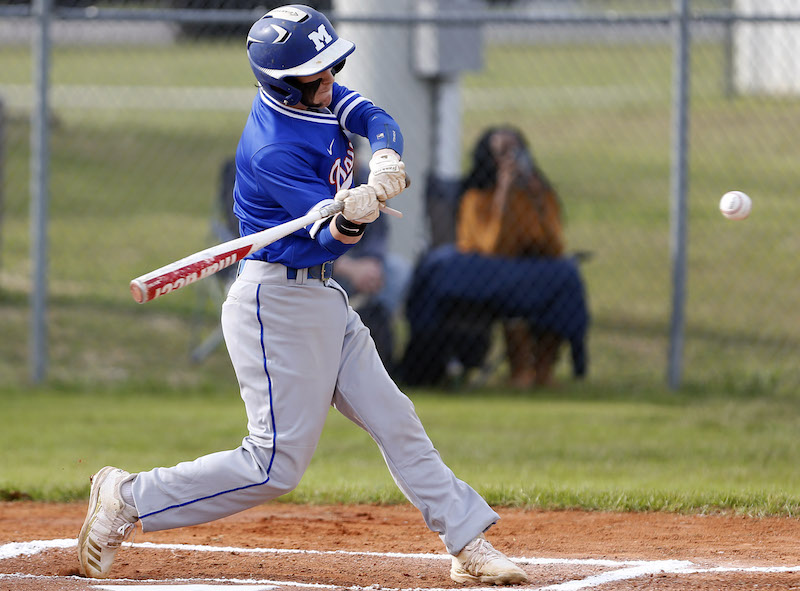 The Montevallo Bulldogs improved to 3-0 in area play on March 30 thanks to a dominant 12-1 win against Dallas County. (File)

MONTEVALLO – Thanks to 11 combined runs between the third and fourth innings, Montevallo was able to make quick work of Dallas County on Tuesday, March 30.

The Bulldogs were tied 1-1 going to the bottom of the third but scored five in the home half and followed that with six more in the fourth to pick up a 12-1 area win in five innings.

With the win, Montevallo improved to 3-0 in area play and overcame losses in four of their last five games.

The Bulldogs started the scoring in the bottom of the first on an RBI single from Brady Baugh following back-to-back walks to Cody Posey and Robbie Gallagher.

After a scoreless second, Dallas County scored its lone run in the top of the third on an RBI double to even the score.

In the bottom half, however, the Bulldogs put together a two-out rally that started with an RBI double from Jay Dreyer.

After Will Snuggs was hit by a pitch and Caleb Johnson walked, Kial Cottingham drew a bases-loaded walk to add another run.

Gallagher was then hit by a pitch before Posey drew another walk, both of which brought home a run to make it 5-1. The final run of the inning came on a wild pitch, bringing home Cottingham to put the Bulldogs in front 6-1.

After a 1-2-3 inning defensively, the Bulldogs came right back to the plate and picked up where they left off.

A walk and hit batter set the stage for an RBI single from Dreyer. Another walk loaded the bases before Johnson hit into a fielder’s choice and brought home another run to make it 8-1.

The Bulldogs then scored their 12th run of the game on a ground out from Jeremy Holsomback, which allowed Gallagher to cross the plate for what became the game’s final run.

On the mound, Posey was dominant, allowing five hits and one unearned run while striking out seven.

Dreyer was the leader at the plate with a 2-for-2 performance featuring two RBIs, two runs scored and one walk.

Posey also helped himself out with one hit, two walks and three RBIs. Gallagher added a hit and two RBIs, while Baugh and Holsomback each had one hit and one RBI.