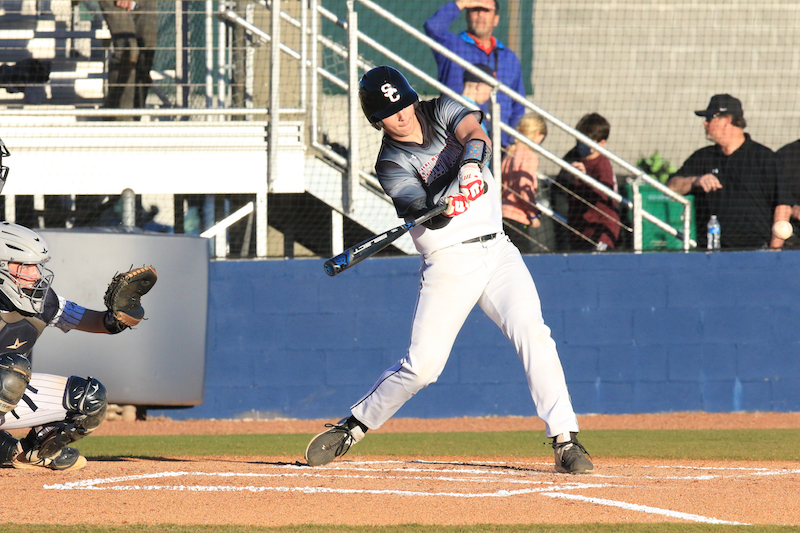 The Shelby County Wildcats have won seven of their last eight games and started area play with a win on March 30. (For the Reporter/Dawn Harrison)

COLUMBIANA – Shelby County’s baseball team is starting to round into form and look like the team that finished last season No. 1 before the year ended early due to COVID-19.

Over their last eight games, the Wildcats have won seven, including their last four in a row. Their two most recent wins came on Monday, March 29, and Tuesday, March 30, just days after a tornado ripped through the community.

But that just added more motivation for Shelby County, who stepped up to beat Ramsay 12-2 and Central Clay County 8-3 for an area win. The victory against Central Clay not only helped the Wildcats improve to 11-7 overall this season but 1-0 in area play.

Taking on the volunteers, Shelby County got off to a strong start when J.P. Fox was able to drive home the game’s first run on an RBI double to center field in the top of the first.

Fox then came around to score two batters later when JT Pennington singled to shortstop to give the Wildcats a 2-0 advantage.

Central answered with one run in the bottom half of the inning but was always battling from behind in the game.

After a scoreless second inning, Shelby County added to its lead in the top of the third with back-to-back doubles from Riley Lewter and Matthew Pearson, the second of which drove home Lewter for a 3-1 lead.

The Wildcats extended the advantage to 5-1 in the top of the fourth with an RBI double from Austin Wilson, who then came around to score after stealing third and then sprinting home on an error.

Central made the game interesting in the bottom half when two runs scored on passed balls to cut the deficit to two runs at 5-3.

Fox, however, settled in on the mound after that, not allowing a run or hit the rest of the way, while the offense scored one more in the fifth and two more in the seventh to cement the win.

Fox picked up the complete-game win on the mound, allowing five hits and three runs, two of which were earned. He also struck out six batters and walked four.

At the plate, Fox added two hits with one RBI, while Lewter also picked up two hits. Pearson, Connor Aderholt, Pennington, Kaden Cardwell and Wilson all had one hit and one RBI in a balanced effort.

In their win against Ramsay, the Wildcats overcame a 2-0 deficit in the top of the third by scoring seven in the bottom half and following that with two in the fourth, one in the fifth and two in the sixth to pick up the 10-run win in six innings.

Wilson finished with one hit and three RBIs in the win, while Cardwell added two hits and two RBIs. Fox also had two RBIs after hitting a two-run home run.