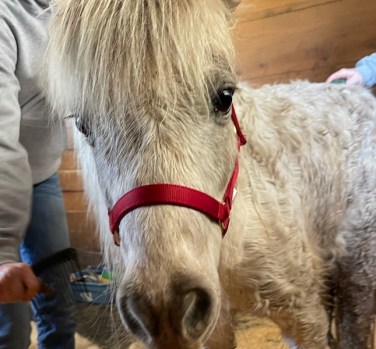 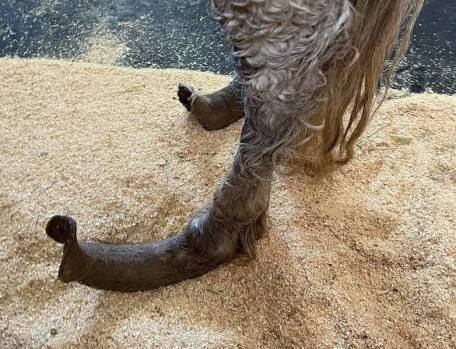 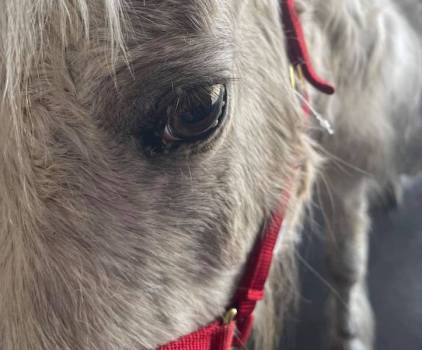 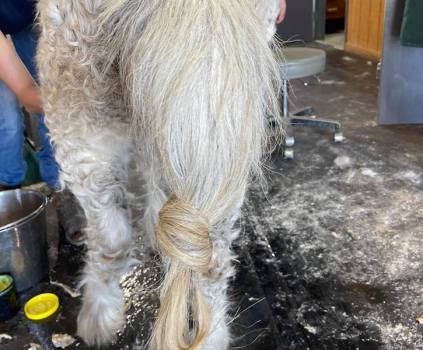 HELENA—Sir Strawberry the pony lived a lonely existence for many years, as he roamed neglected in an empty field in Luverne with no one caring for him.

Recently, a man visiting from New York was hiking in Luverne when he came across the poor lonely creature. Thinking quickly, this man got in touch with local animal welfare groups, who then contacted Two by Two Animal Rescue in Helena.

When Two by Two Founder and Executive Director Sonya King heard Sir Strawberry’s story she knew that she could help the pony recover and live a much better life.

“Unfortunately, there are not a lot of animal rescues that are equipped to handle equine cases,” King explained. “Two by Two does, which is why we got the call. I immediately said yes and began arranging for him to get help.”

King got in touch with the Easterwood Equine Hospital in Calera and had Sir Strawberry dropped off, where his years of neglect were made painfully obvious.

One of the most notable effects of his time alone was the way his hooves had overgrown. They were curled up and looked much like the horns of a ram, which is representative of several years of neglect and mistreatment.

“Unfortunately, this caused him to start walking in a dysfunctional way to accommodate the hooves,” King explained. “The ligaments connected to his bones became distressed and he was walking bowlegged. We have gotten him relief now, but it will take some time for his alignment to get corrected.”

King believes that Sir Strawberry’s plight came after his owners went through a divorce around five years back, which unfortunately caused the pony to be left alone and fend for himself.

One of the biggest worries, according to King, is that horses tend to become lame with this kind of neglect. However, Sir Strawberry seems to be doing OK after his hooves were shaved down.

King hopes that by sharing this pony’s story, more people will understand and be on the lookout for animal neglect.

“If you see something, say something,” King said. “I give kudos to this gentleman from a completely different state who just happened to see this and know something was not right. If you speak up, even if you are the one who needs help, there are so many people that are willing to jump in and do something.”

Two by Two Animal Rescue is currently raising money to help better take care of Sir Strawberry, with a goal of raising $3,000. Donations can be made through Venmo by searching their name, or at Twobytworescue.com/donate.