Thompson shuts out Chelsea for 7th win in a row 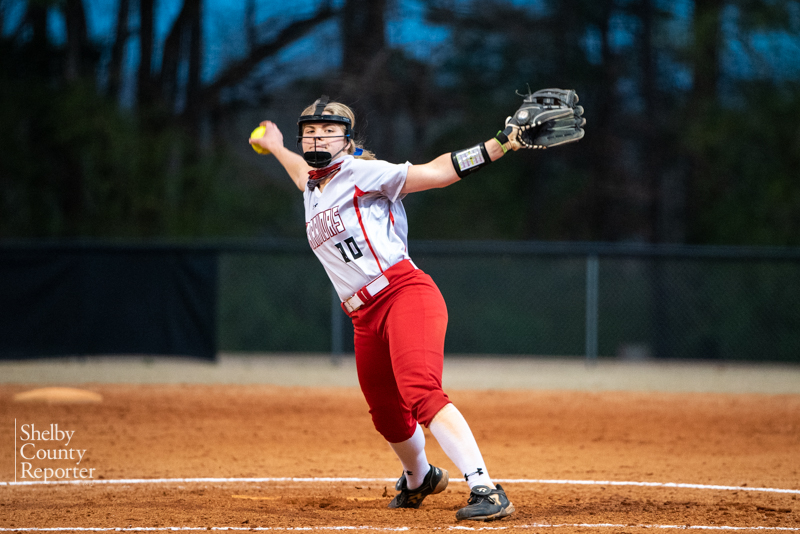 CHELSEA – The Thompson softball team won its seventh consecutive game on Tuesday, March 30 in a county battle against Chelsea.

The Warriors outhit the Hornets 14-6 and scored runs in five of the seven innings to pick up an 8-0 shutout and improve to 22-4 on the season.

The Warriors were coming off six straight wins in the Gulf Coast Classic over spring break and have now won nine of their last 10 games.

Thompson’s offense was special with the 14 hits and eight runs, but Eleanor DeBlock was also crucial in the circle.

She not only put together a complete-game shutout, but struck out 10 batters as well. DeBlock allowed six hits and one walk and finished the game with 113 pitches.

At the plate, Thompson’s impressive night started quickly in the top of the first with four singles in a row from DeBlock, Dailynn Motes, Jenna Williams and Laney Williams.

Laney Williams’ single drove home two runs for an early 2-0 lead. That was followed by a sac fly from Ella Pate and an RBI single from Madison Poplin to make it 4-0 after the top of the first.

The Warriors then added one more in the top of the seventh on a sacrifice fly from Laney Williams to close out the 8-0 win.

Pate and Channell both had one hit and one RBI in the win.

Chelsea was led by hits from Jayden Buff, Natalie, Romager, Kathryn Bryars, Olivia Bergert and Katie Goss in the loss.