PROFILE: Just go out and help someone 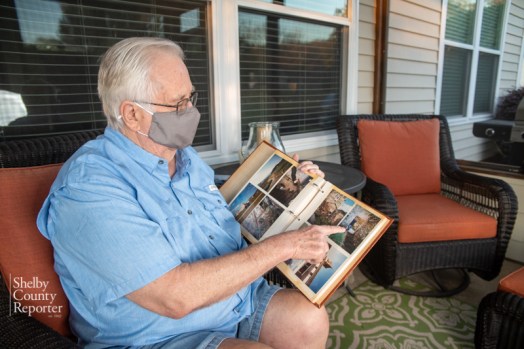 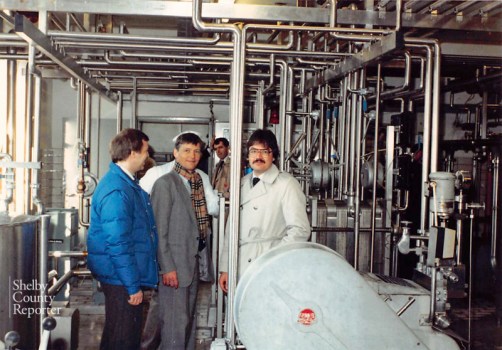 The insides of a small cheese plant in Denmark on their down day. 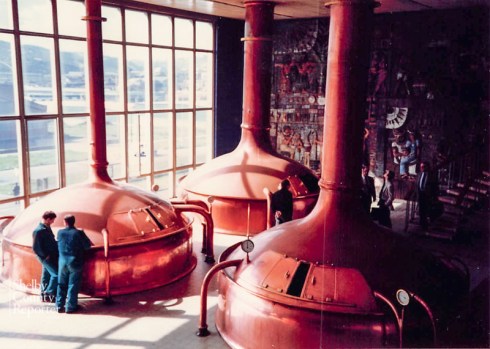 The top of beer fermentation vats in England. Please note that English beer is not warm. It is served cool and does go down well. We were learning how they kept the copper so bright even though it is years old.

By SARAH COOK / For the Reporter

But then again, Dennis Bogart isn’t most. Since the mid ‘60s, he’s has worked in various capacities to help food manufacturing plants overcome microbiological issues. From France and Spain to Asia and Africa, he has traveled around the globe to help others improve their manufacturing processes so grocery store aisles are lined with the safest food possible.

Dennis discovered this lifelong passion while in college, where he studied food science and processing. From there, he got his master’s in food microbiology and went on to work for the Army during the Vietnam War as a food processer out of Los Angeles. As subsequent decades unfolded, he started a family—raising a son and daughter alongside his wife—and moved around the country to work with several plants. 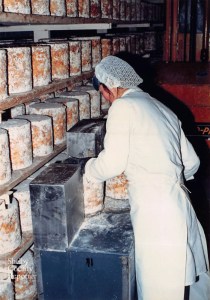 The Camembert cheese after it has been cultured with mold and bacteria. It is now ready to package and eat. At this point, it now has the distinct flavor and texture of the cheese. GREAT with crackers and a good wine.

Surprisingly, Dennis says, it wasn’t always the science that played the biggest role in his career. Working with different cultures—even simply different regions within the United States—he says, demanded compassion and understanding. Learning these virtues left a lasting impact on him.

“You have to be capable of viewing things from the way they see things. Not just strictly the way that I might look at it,” Dennis says of working within different cultures to help them establish better food safety processes.

This concept of taking the time to understand people permeated other areas of Dennis’ life, too. “It deals with both people in work, family and friends. It makes you a broader person,” he adds.

Neil Bogart, Dennis’ son, says even though Dennis gave much of his time to help others throughout his life, he never sought recognition. Through the long days and challenging situations, Neil says his father never lost sight of his mission. “He’s just tough. That’s a good way to put it,” Neil says of his father’s work ethic.

Neil recalls many days spent going to work with his father—watching him deal with high-stress situations that demanded a steady, calm demeanor. Dennis, Neil says, never let his emotions get the best of him.

“He just kind of digs in and keeps pushing through, and he can keep people level headed and on the mission,” Neil says. “I remember at 4 and 5 years old, just going to work with him. Up into junior high, I would go out and work with him and get that experience. We’d go everywhere from a dairy farm to a manufacturing plant and everywhere in between.”

After many years of uprooting his family of four and traveling around the world, Dennis finally turned in his retirement notice a few years back and settled down in Alabaster. But Neil is quick to point out that his father does little resting these days. About six years ago, Dennis decided to dedicate his newfound free time to the Red Cross as a Disaster Action Team (DAT) member. DAT, Neil explains, works on a local level to help families who can’t afford insurance to cover expenses acquired by personal disasters like house fires, tornadoes, hurricanes and flooding.

Since becoming a DAT member, Dennis has moved up through the ranks to become a DAT captain. He also recently earned the moniker of Regional Damage Assessment Lead Volunteer. In this position, he leads 10 teams of damage assessors throughout Alabama and Mississippi.

“For anyone who wants to directly affect and help people, it’s where you want to be,” Dennis says of working with the Red Cross. “It’s hard work and it’s tough work because you’re always working with people at the worst time in their lives. They may have lost their homes and sometimes there may be fatalities.”

At age 73, while most people are slowing down, Dennis chooses to keep putting in the hours. Neil says he would be surprised if his father chose to do anything else. “He’s always been able to handle stress. It’s one of his talents,” says Neil, who ended up following in his father’s footsteps and now works in the food manufacturing sector, too. “I’ve never really seen stress affect him. It’s almost like he thrives off of it and it makes him stronger.”

Because the work of the Red Cross is ongoing, Dennis says volunteering with the organization takes up much of his time. Assessing damage, organizing teams on the ground and making sure all boxes are checked keep the “retired” scientist busy. When asked why he feels compelled to always help others in some capacity—whether it be from a food manufacturing standpoint or disaster relief—Dennis is nonchalant in his response.

“I just think it’s what you should do. One of the people I work with at the Red Cross has a statement when we end a meeting…’Just go out and help someone,’” Dennis says. “Really, I’m just one small cog in a big wheel.”