Helena shuts out Pelham to remain unbeaten in area play 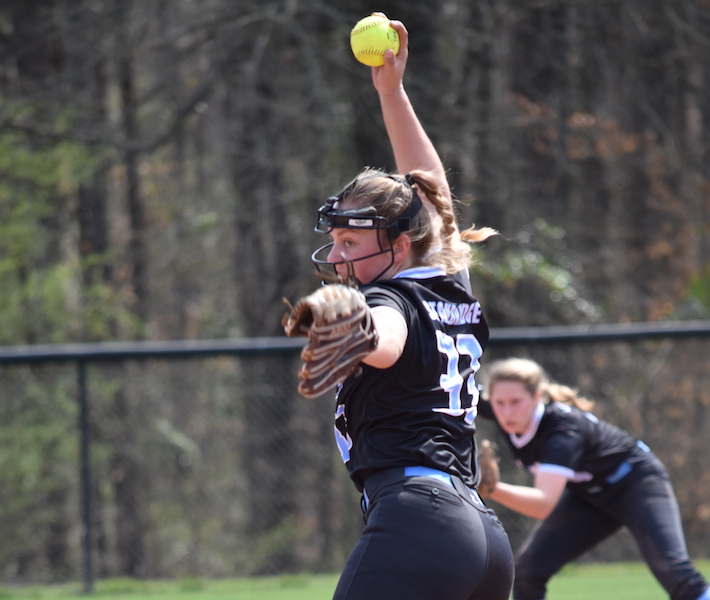 Ann Marie Stanbridge pitched a complete game to lead the Helena Huskies to a 15-0 shutout win of rival Pelham on Thursday, April 1. (For the Reporter/Sandra Bullock)

HELENA – As one of the hottest teams in the state, the Helena Huskies picked up their 22nd win of the season on Thursday, April 1 with a dominant shutout of rival Pelham.

The Huskies took down the Panthers 15-0 to follow up an 11-1 win against Tuscaloosa County earlier in the week and improve to 5-0 in area play.

Helena scored two more runs in the first four innings of the game and then one more in the top of the fifth to pick up the 15-run win.

The Huskies outhit Pelham 12-1 in the win and only committed one error compared to seven from the Panthers.

Ann Maria Stanbridge was a big reason for the success thanks to her complete-game effort. Stanbridge allowed just one hit and one walk and posted three strikeouts in the win.

At the plate, Sara Ezekiel and Bella Holiday both blasted home runs, while Cam Bailey and Lexie Bullock each had doubles.

Lexie Bullock, Ezekiel and Juju Wilkins led the way with two RBIs in the win, while Holiday, Stanbridge, Grayson Barnett and Bailey each had two hits.

Eight different players had a hit for Helena in the win.

The Huskies have now won seven of their last eight and all four losses this season are to other ranked teams, including No. 1 Athens in 6A and three in Class 7A.