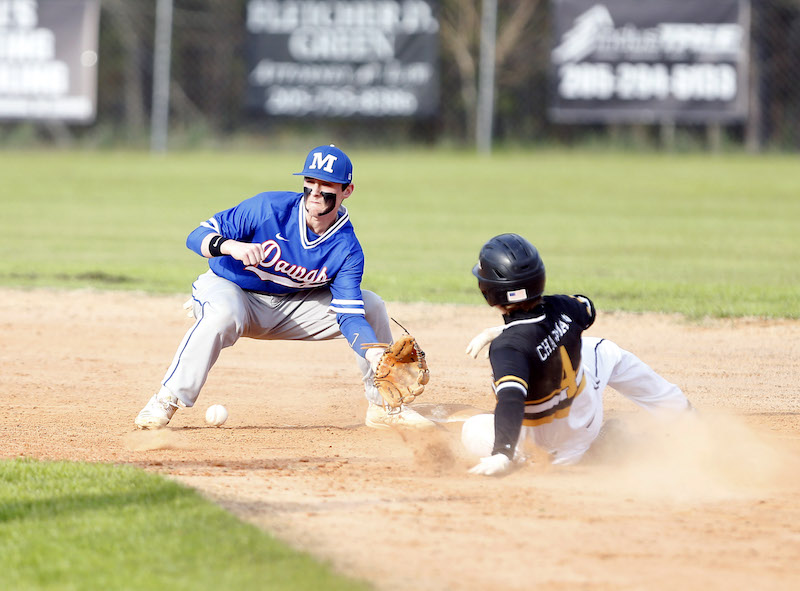 Montevallo's baseball team locked up a playoff spot on April 1 with a win against Dallas County. (File)

PLANTERSVILLE – The Montevallo Bulldogs clinched a spot in the postseason on Thursday, April 1, when they took down Dallas County 9-6 for an area sweep.

With the win, the Bulldogs improved to 4-0 in area play to guarantee themselves at least second place in the area with one area series left against Bibb County.

Dallas County, however, matched the Bulldogs’ effort at the plate, which led to a tight battle and extra innings.

Montevallo was able to take a 4-1 lead through three innings of play, but the Hornets bounced right back with a three-run bottom of the third to even the score.

Dallas County, however, bounced back with a two-run home run in the bottom half of the inning to force extra innings.

But Montevallo was able to remain patient at the plate in the top of the eighth, and it paid off.

After a strikeout put one quick out on the board, Luke Oden singled before Kial Cottingham and Robbie Gallagher both walked to load the bases.

A second strikeout put the Bulldogs in a position of possibly leaving the bases loaded, but Brady Baugh made sure that didn’t happen.

He stepped to the plate and got in a quick 2-0 hitter’s count. Knowing a run couldn’t be walked in, Baugh knew a good pitch was coming and he drove a single to center field that cleared the bases and put Montevallo in front 9-6.

Then, after giving up two runs the inning before, Gallagher came back out looking to finish off a complete game and pick up the win now that his team had given him a three-run cushion.

Gallagher allowed one single in the inning, but picked up a strikeout, a line out and a ground out to finish off a stellar outing on the mound to preserve the win.

He finished the game with 11 strikeouts to overcome the nine hits and six runs allowed.

At the plate, Baugh came up big in the eighth with his lone hit of the game to post three RBIs and help the Bulldogs grab the win. Oden finished 3-for-4 in the game with two RBIs, while Jeremy Holsomback had two hits and one walk. Gallagher and Cody Posey each had one RBI as well.

Spain Park boys starting to make noise as No.…