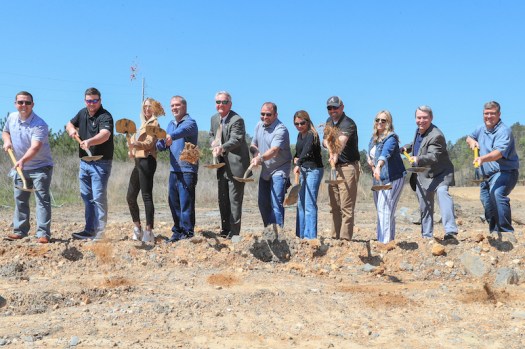 Chelsea Mayor Tony Picklesimer, fifth from left, members of the Chelsea City Council and others break ground at the future site of Buffalo Wild Wings and Arby’s in the city. (For the Reporter/Dawn Harrison) 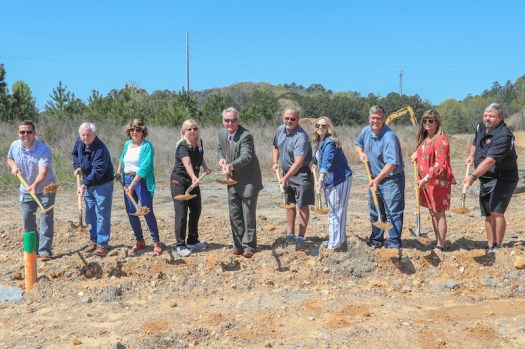 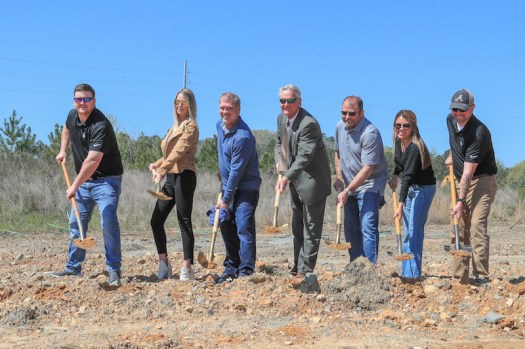 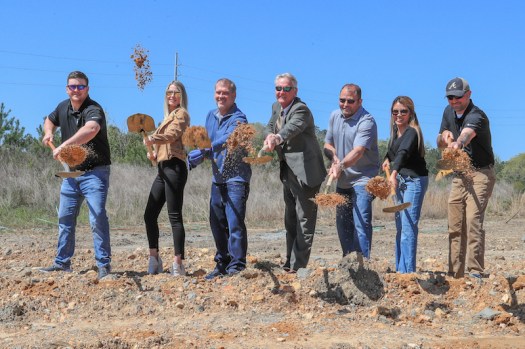 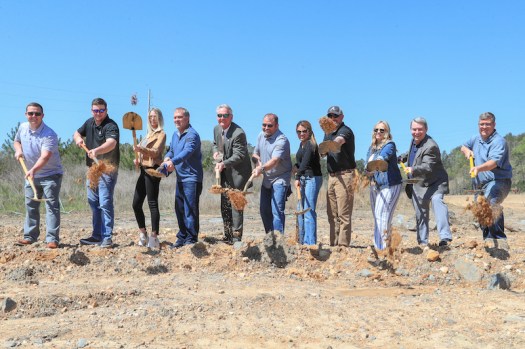 CHELSEA – A groundbreaking ceremony was held in Chelsea on Monday, April 5, where two national restaurant chains have announced plans to build new store locations this year.

Chelsea Mayor Tony Picklesimer along with members of the City Council and the Shelby County Commission shoveled dirt at the construction site that will feature a Buffalo Wild Wings and Arby’s later this year. The restaurant chains will be built side by side on property just off U.S. 280 next to Tractor Supply.

Picklesimer acknowledged various members of the Chelsea and greater Shelby County community for their efforts in helping launch this project, including the Shelby County Chamber and Chelsea Business Alliance.

“This is a great day for Chelsea. Today, we turned the first dirt for a Buffalo Wild Wings and Arby’s here in Chelsea,” Picklesimer said. “So many different organizations and people came together to make this happen.”

Shelby County Commissioner Robbie Hayes said he welcomes the opportunity for Shelby County and the city of Chelsea to collaborate on this project.

“It is so exciting to see this. We are building a better community for our kids here through Shelby County. We appreciate the opportunity to partner with the city in doing several different things,” Hayes said. “I get to sit back and watch this a lot and just take the congratulations when it happens, but the big workers are my county workers who do so much to work with the city to make this happen.”

Joseph Palladino, a Chelsea resident, will be the regional director of operations at the Chelsea location. Palladino said opening these restaurants has been a dream of his since moving to Chelsea 10 years ago.

“We have worked really hard at this for a long time. As a resident of Chelsea, I can’t say how excited we are to get in on the ground and get involved in this community,” Palladino said. “There is something special about Chelsea. I have never seen anything like it. It is such a tight-knit community. I can’t tell you how excited I am to get off the ground.”

Palladino also thanked Sterling Barbour and Tim Spencer, partners with Southern Wings Inc., for their support throughout this project.

Barbour owns eight Buffalo Wild Wings stores in Central Alabama, and the location in Chelsea will mark their ninth store in the state. Barbour said construction on the Chelsea location later this year will concur with the construction of a 10th store in Oxford.

Barbour lives near Chelsea and was drawn to the community because of the city’s rapid growth in recent years and the potential to serve his community.

“We are fortunate to know a bunch of great people from Chelsea. Living right next door in Pelham and Indian Springs, we’ve witnessed the dramatic growth,” Barbour said. “It is just such a beautiful area, and we believe underserved. It was our goal to get here early on, and simply can’t wait to get these locations open. Chelsea’s best years are ahead it.”

Barbour said he plans to hire around 100 employees between the two restaurants, and that the Buffalo Wild Wings in Chelsea will also be constructed based on a new prototype design called “Center Stage”, and will be about 4,500 square feet.