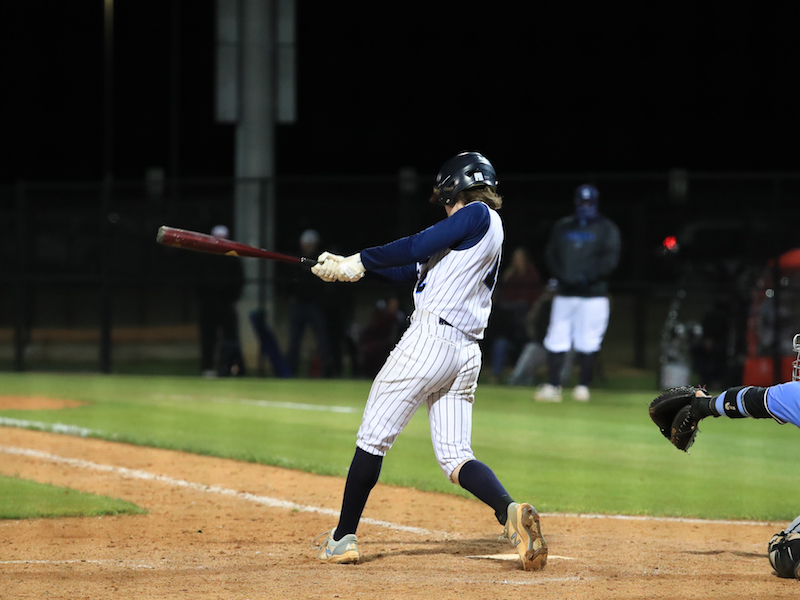 The Calera Eagles kept postseason hopes alive on Tuesday, April 6 with a 7-4 victory against area and county foe Pelham. (For the Reporter/Dawn Harrison)

CALERA – The Calera Eagles kept their playoff hopes alive on Tuesday, April 6, in a crucial win against county foe Pelham.

After getting swept by Helena and splitting with Chilton County, the Eagles needed a win against the Panthers to stay alive for one of two playoff spots out of the area, and they did just that behind seven runs in the first four innings.

Calera scored in each of the first four innings, while the pitching and defense settled down after allowing four through the first two innings to eventually grab a 7-4 victory to improve to 13-9 overall and 2-3 in area play with one area matchup left.

Both teams scored in the opening inning thanks to an error allowing one run to score for Pelham and an RBI triple from Matthew Bullard tying the game for Calera in the bottom of the first.

Pelham continued an impressive start in the top of the second with a passed ball allowing one run to score before an RBI single from Josh Calvert and an RBI double from Christian Pritchett gave the Panthers a 4-1 advantage.

It looked like that lead might stand through two innings, but the Eagles were able to bring home two runs in the bottom half on a hit from Carter Sheehan that allowed two runs to score following an error at third base.

Calera then came back in the bottom of the third and added three more runs. It started with a double from Parker Rodgers, which set the stage for a game-ting RBI single from Bentley Berry.

Following another single from Connor Odom, a sac bunt brought home Berry before an RBI single from Riley Gay made it 6-4.

At that point, Bullard had a lead to work with on the mound after a shaky first two innings that saw three of the four runs score as unearned runs.

But Bullard shook that off and went on to pitched a scoreless next four innings after the top of the second to help preserve the lead for the Eagles.

That was enough to get the win after striking out nine and allowing just four hits and three walks. Noah Clayton got the close after pitching the final inning and striking out one.

Calera was led by Berry at the plate with a 2-for-2 game featuring one RBI. Bullard added one hit and one RBI, while Odom had one RBI and one walk. Rodgers, Odom and Gay each had one hit.

Pelham was led by two hits and one RBI from Pritchett, while Zach Egan added two more hits. Josh Calvert added a hit and one RBI, while Eli Chambers added one hit. 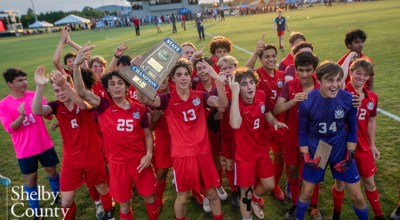