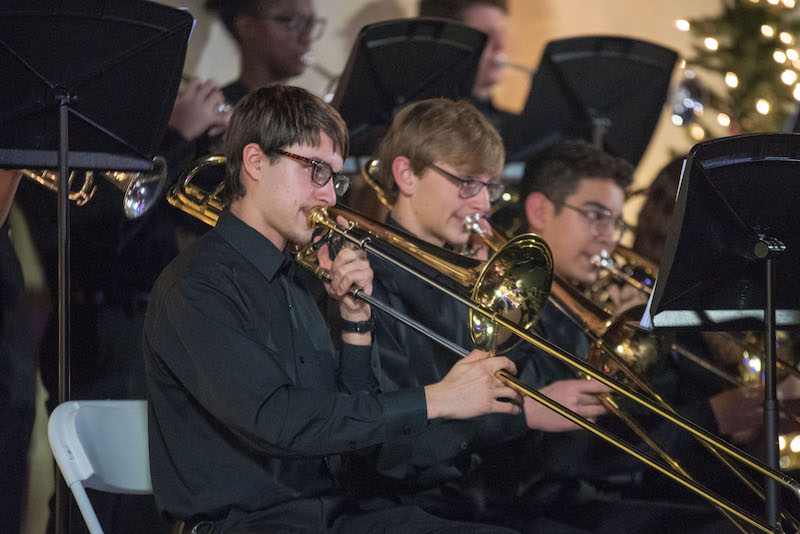 The National Association of Music Merchants awarded the Pelham City Schools district for its commitment to the arts with the Best Communities for Music Award. (File)

PELHAM – The Pelham City Schools district was recently recognized by the National Association of Music Merchants through their Best Communities for Music Education program.

The school district was one of seven in the state of Alabama, and one of 686 in the country to receive this award which recognizes districts that demonstrate their “support and commitment to music education and effort to assure access to music for all students as a part of a well-rounded education,” according to NAMM’s website.

Pelham High School Director of Bands Justin Ward said he was humbled that the district was able to receive this award for a second year, and that he was incredibly proud to work in a school system that put an emphasis on the arts.

“I think that this is definitely a sign of the commitment that Superintendent Dr. Scott Coefield, the Board of Education, the school administration and all of our music teachers has made to music education in our district,” Ward explained. “For me, it is a big honor to work in a district that is so dedicated to providing access to the arts for a well-rounded education.”

The system was selected after Ward submitted an application detailing the number of students in the school that have access to some form of music education. According to Ward, students at each of the schools in the district have this access.

Ward said that providing music education and access to the arts was extremely important, as it is something that provides connectivity and develops lifelong passions for many students.

“I think particularly in this time that we are in, having the arts creates such a catalyst for helping students to connect to each other, and to connect to their emotions,” Ward explained. “Arts give all students an outlet to be able to perform and express themselves creativity. It really accesses not only the creative skills but has the added benefit of enhancing their academics.”

This award is representative of the hard work that the different educators at each of the schools put forth for their students.

“All of our music teachers in our school district joined in accepting this award. They are the ones teaching and making and difference in the lives of our students,” Ward said.

Get to know Athlete of the Week Jake Ingram