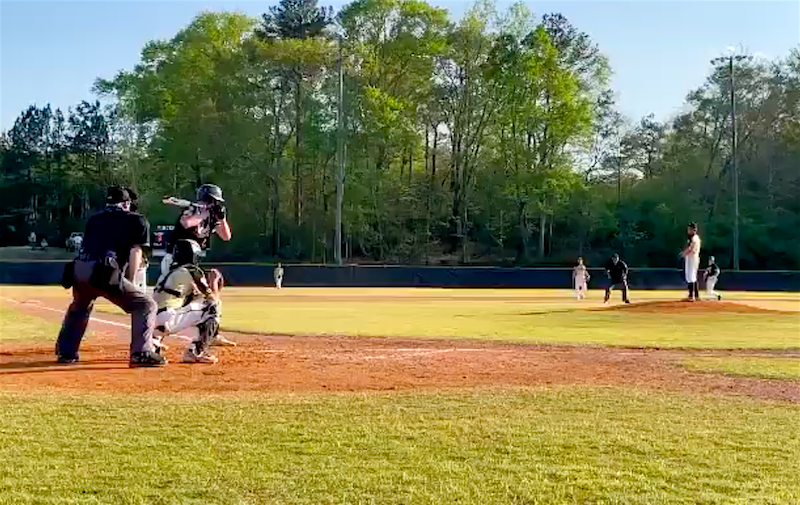 Vincent took down Fayetteville on April 6 thanks to another impressive outing on the mound from eighth grader Aiden Poe. (Contributed)

VINCENT – Eighth grader Aiden Poe continued an incredible season for the Vincent Yellow Jackets on Tuesday, April 6 with an important outing against Fayetteville.

Looking to improve their area record above .500 after splitting with B.B. Comer a week earlier, Poe struck out 12 of the 24 batters he faced in the game and allowed just four hits in a complete-game shutout to give the Jackets a 3-0 area win.

With the victory, Vincent improved to 2-1 in area play and won its fourth consecutive game.

After a scoreless first inning, Vincent brought home the first run of the game to give Poe support on the mound in the home half of the second.

With one out in the inning and Levi Gowers on second after a stolen base, Dawson Davis singled to center field to bring home Gowers for the early 1-0 advantage.

The third inning came and went without any damage from either team, but the Jackets added insurance runs in both the fourth and fifth.

In the bottom of the fourth it was a two-out rally that led to a run after Davis was hit by a pitch to put a runner on base for Zack Carlisle.

After Davis stole second, Carlisle laced a ball to right field that he legged out for a triple to drive home Davis for a 2-0 lead.

An inning later, it was all base running from Poe that made the difference. After a one-out walk, Poe advanced to second on a ground out, then stole third before advancing home on an error during the throw to third to give the Jackets a 3-0 cushion.

Fayetteville put one runner on in both the sixth and seventh, but Poe didn’t allow either to come around to score and finished with two strikeouts in the seventh to finish off the impressive outing.

Carlisle led the way at the plate with a 2-for-4 game featuring a double and a triple with one RBI, while Davis added one hit and one RBI. The Yellow Jackets also drew six walks in the win.