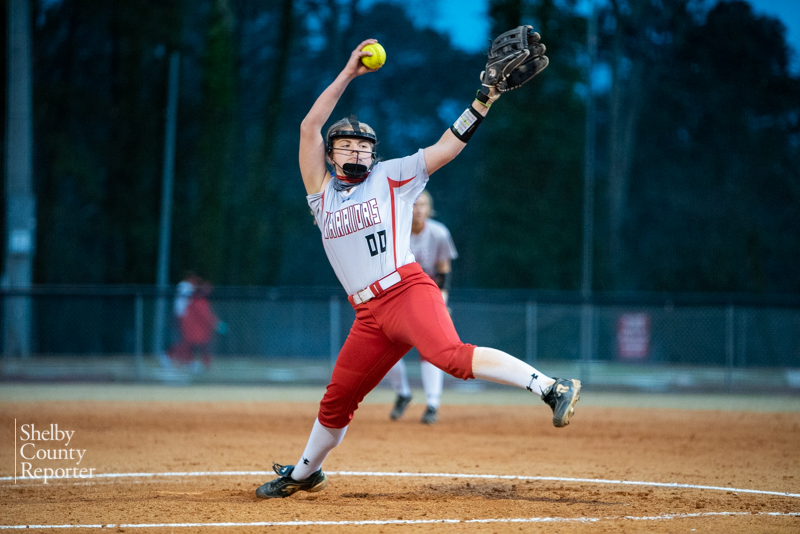 Thompson's softball team picked up a 9-0 area shutout against Tuscaloosa County on April 6 to pick up its 28th win of the postseason. (File)

ALABASTER – Thompson’s softball team remained one of the hottest in the state on Tuesday, April 6 with another impressive offensive outing against Tuscaloosa County.

The Warriors picked up 10 hits in a 9-0 shutout victory to win their 13th game in the last 14 matchups and improve to 28-5 overall, which is currently the county’s highest win total.

With the victory, Thompson also improved to 2-1 in area play to complete the regular-season sweep of the Wildcats by a combined 24-4.

The Warriors opened the game with a three-run inning in the bottom of the first thanks to a three-run home run from Laney Williams.

An inning later, Thompson added three more on a grounder from Eleanor DeBlock that led to an error and a run scoring before Jenna Williams drove home two more runs with a double to left field.

Already up 6-0, Ella Pate made it three innings in a row with runs when she blasted a solo lead-off home run in the bottom of the third to extend it to 7-0.

The scoring quieted down for the next two innings, but the Warriors padded their lead in the bottom of the sixth.

Following a double from DeBlock and single from Jenna Williams to lead off the inning, Pate came through with a two-RBI single to extend the advantage to what became the final score of 9-0.

Holly Selman got the start in the circle and allowed six hits but no runs with three strikeouts in 4 2/3 innings to pick up the win. DeBlock finished off the game by allowing one hit and striking out one to grab the save.