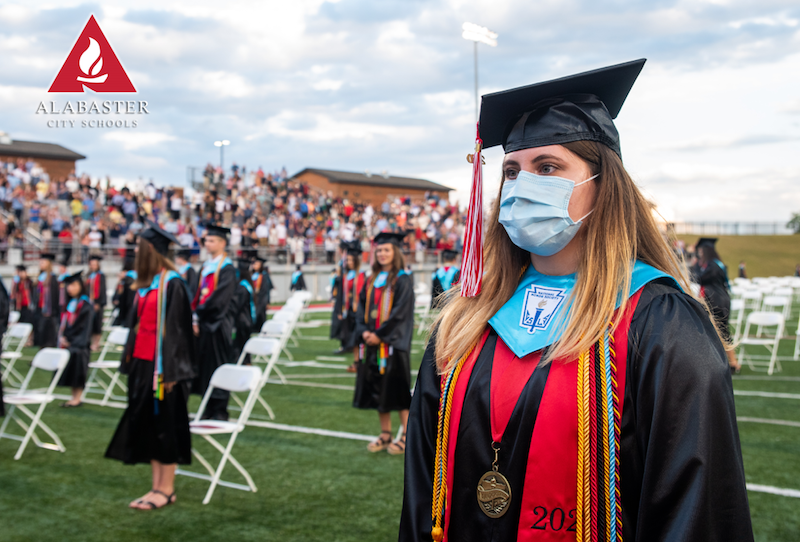 Alabaster City Schools received a score of 355.97 out of 400 on its first Cognia Accreditation as a city school system. (Reporter photo/Keith McCoy)

The review is measured based on the system’s leadership, learning and resources. ACS excelled in each category over the last five years and was awarded a score of 355.97/400.00 by the Cognia Accreditation Engagement Review, which is above the national average of 273-283.

This is an accomplishment that superintendent Dr. Wayne Vickers said he is extremely proud of.

“I am pleased to announce that the accreditation team awarded ACS a score of 355.97/400.00. This score far exceeds the national average of 273-283 and is significantly higher than our score of 303 from the AdvancedEd accreditation process in 2015,” Vickers said.

The score is indicative of the system’s overall performance based on the three criteria and standards the Cognia team used to review ACS, Vickers said.

The process for the review was remote this year, consisting of online meetings with teachers, staff and stakeholders during the first week of November.

“We were rated on three domains—Leadership Capacity, Learning Capacity and Resource Capacity,” Vickers said. “Alabaster City Schools earned the highest ratings of impacting and improving, which means our system positively impacts our stakeholders, engages in practices that are sustained over time, and has practices in place that have become ingrained in our culture. Additionally, the team noted quality practices in the system that improve efforts to meet standards.”

“We want to thank our teachers, administrators, central office staff and our parents and students. They were a part of this process, too. They do an amazing job.”

The review is conducted every five years for school systems in Alabama.

The first one for Vickers was when the schools were still a part of Shelby County Schools in 2015, where they scored a 303.

“For our first five-year pattern, we were a part of Shelby County Schools,” Vickers said. “Since they were up for accreditation, we were up for it, too. We only had two years of school data to share and we scored a 303 in 2015.

“Cognia has standards that you have to meet in all categories. In all three we as a system upload evidence that shows we have completed that standard or met that standard.”

Improving performance, outcomes and what ACS can do for their students is a driving force that the school system pushes for each year.

“This year is a little different from any normal year, which we know,” Vickers said. “I think it was self-reflection, making sure that all of the things we are trying to do are connected to school improvement. That’s what we’re all about.”

Vickers said he is proud of the results as superintendent, saying that despite the pandemic impacting the last school year, ACS continued to work toward their goals and exceeded expectations.