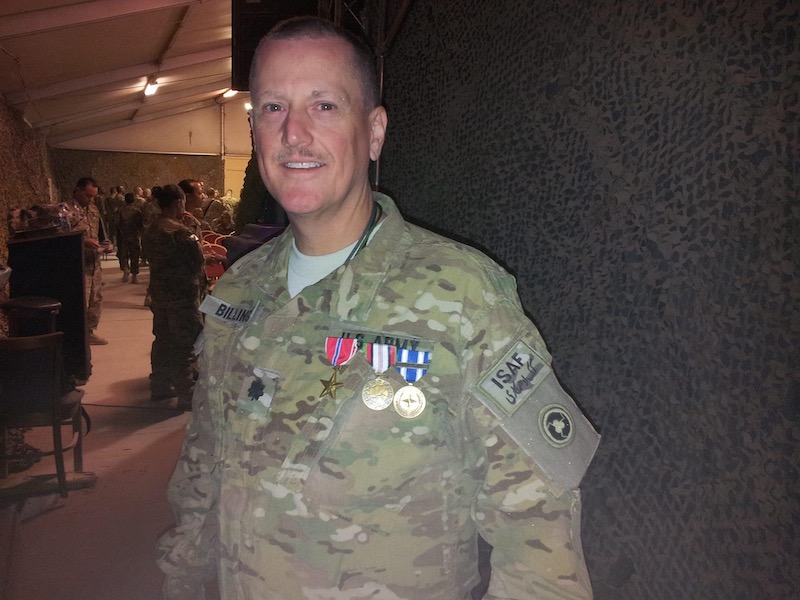 James Billings has volunteered in different capacities since retiring from the U.S. Army. (Contributed)

After retiring from the military in 2015, James Billings was asked to write a speech for an ESGR Awards Dinner, for the former Chief of Army Reserve, Ron Helmly. Already familiar with ESGR in an official capacity, this assignment led to Billings’ decision to volunteer with the ESGR.

As with many other organizations, ESGR has suspended its activities. Prior to the pandemic, James went to the Navy and Army Reserves Center to talk to reservists and guardsmen about their rights and responsibilities under federal law. Problems were usually due to miscommunication or misunderstanding of the law. James has served as public affairs director and awards director.

From 2017 until 2020, Billings volunteered with the American Legion Post 555 as the public relations officer.

“I enjoyed that…taking pictures and writing a press release,” said 56-year-old Billings. He now serves as second vice commander with American Legion Post 138. “We are now starting the Alabaster Veterans Center. It will serve as a resource center for veterans who are in need of assistance. Services will include job fairs, health screenings, employment seminars, and linking veterans to health and educational benefits through the Veterans Administration.”

Billings earned an M.A. Degree in strategic communication and leadership from Seton Hall University in 2009.

“The degrees worked well with what I did in the Army as a Public Affairs Officer,” James said.

He wrote articles and produced videos which helped civilians understand about what the Army was and what it did.

“It was always fascinating. I got an inside view of how the Army works and tell the story to those internally as well as civilians,” he added.

James enlisted in the Army Reserve in November 1982, during his freshman year of college. From Alabama to New York to Virginia, Billings’ Army career, which spanned 33 years, moved him around a lot. In 2004, he was selected as speechwriter to the Chief, Army Reserve (Lt. Gen. Ron Helmly) at the Pentagon. In 2006, he was promoted to lieutenant colonel, select to command a public-affairs unit in New York City. He helped establish a new headquarters for the U.S. Army Reserve Command when he was reassigned to Fort Bragg, North Carolina in 2010. He was deployed to Afghanistan in 2012. In 2015, Billings retired from the Army.

A Fort Wayne, Indiana native, Billings and his spouse Stephanie have resided in Alabaster since 1999. They are the proud parents of five children.