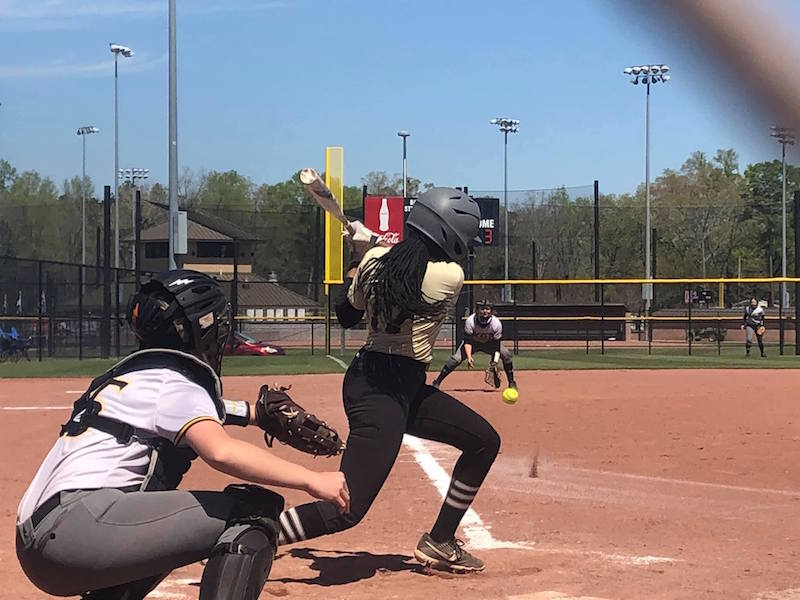 The Vincent Yellow Jackets took their third win in the last four games when they faced region foe Fayetteville Tuesday, April 6, and locked up the regular-season area title in the process.

The Yellow Jackets used a big fourth inning to wrap up a comfortable 10-2 win to push their record to 16-5 for the 2021 season and earn hosting rights for the area tournament.

Neither team scored in the first couple of innings, but Vincent struck first in the bottom of the third.

Molly Reynolds and Jaci Wallace led off the inning with back to back singles to put the Jackets in good position.

After a pop out, Lela Beck was hit by a pitch, but not before Reynolds bolted for home plate on a wild pitch that gave Vincent its first lead.

With runners on the corners, Kayla Maxwell grounded out sending Wallace home then Beck scored on yet another wild pitch before the side was retired for a 3-0 lead.

Maddy Walker laid down the first 10 batters she faced in the game and finished up an easy 1-2-3 bottom third inning to hand it back to the offense.

The Yellow Jackets turned it into a rout in the top of the fourth with five hits and seven base runners total to rack up six runs and a 9-0 lead.

A walk, single and a hit batter brought Wallace to the plate, who sent her second single up the third base line scoring McKenzie Fields.

Walker got her first hit of the game rewarding Brantlee Chapman, who singled earlier in the inning.

Then, with two outs and a 6-0 lead, Maxwell and Katie Vazquez broke the game open with back to back doubles to stretch the lead to nine. Maxwell’s double gave her two RBIs.

Fayetteville answered briefly with three hits in a row in the bottom of the fourth, including a double and a triple, but Walker struck out every other batter she faced to quell the threat.

Wallace would send home Vincent’s final run in the fifth inning to finish out a stellar night that saw her lead the Yellow Jackets with three hits, two runs and two RBIs.

Reynolds also totaled three hits and three runs, while Maxwell added a hit, a run and led the team with three RBIs.

Walker pitched a complete game allowing six hits, two earned runs while striking out six and not giving up a single walk. She also added two RBI to help her own cause.

Two days later, Vincent picked up its 17th win of the season in a 15-0 shutout against B.B. Comer to improve to 17-5 on the season.