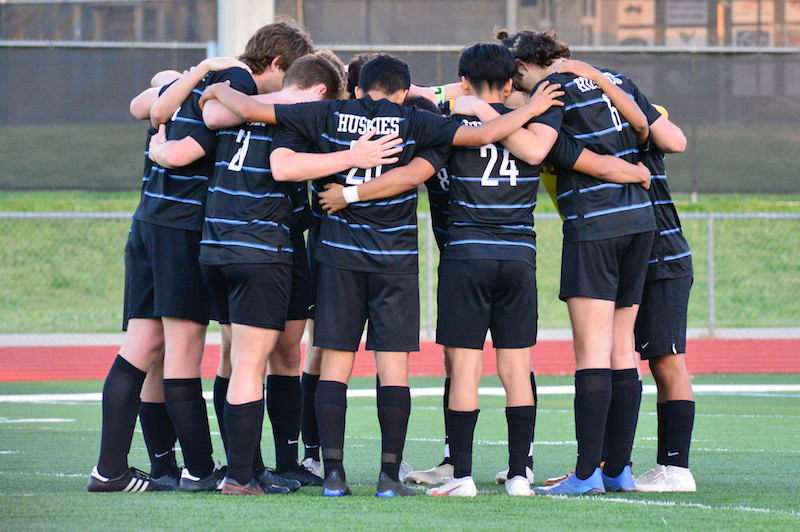 ALEXANDER CITY – The Helena High School soccer teams began the postseason with a bang on Thursday, April 22, with road matchups at Benjamin Russell that both ended in PKs.

The Huskies came out victorious in both matchups, but both almost saw their seasons end in regulation and not even have a chance in PKs.

But clutch play was the theme of the night in both games.

For the girls, they fell behind 1-0 in the first half and looked to be headed into halftime in that deficit. 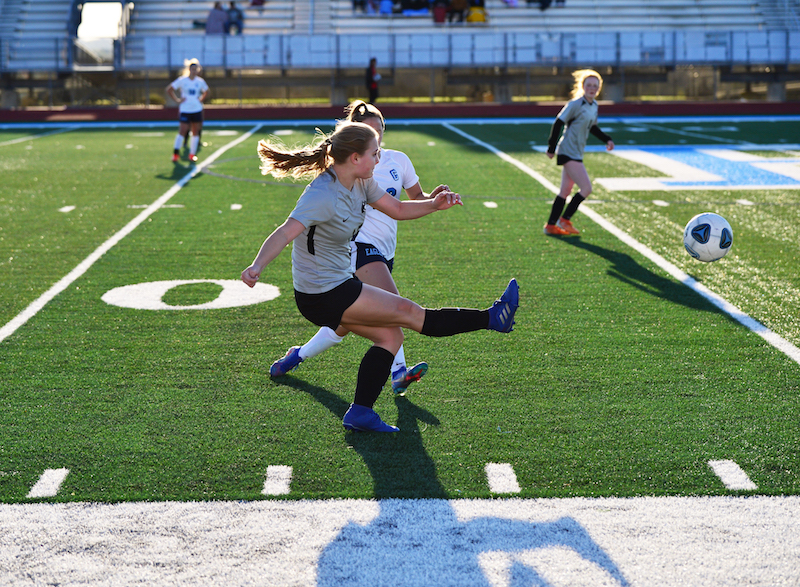 But with 15 seconds left in the half, Ashlynn Beery found teammate and captain Bailee Washington in the right spot at the right time. Washington buried the equalizer in the back of the net to send the game to the half tied 1-1.

That goal became crucial, as neither team scored in the second half, meaning the Huskies would have fallen 1-0 had they not gotten that late goal from Washington.

With the game tied, the two went through two scoreless overtimes, which led to penalty kicks to decide who would advance.

Helena went on to handle the pressure of the penalty-kick portion with ease and got the game-winning PK from senior captain Taylor Davis to cement the win.

As if that wasn’t enough for Helena fans, the second game of the night featured even more heart-pounding excitement.

Helena’s boys trailed 1-0 late in the game with the season on the line, but the Huskies didn’t waver and followed the girls with more clutch play.

With 4:10 to play, James Solorio played a ball into Luis Robles, who capitalized by firing the equalizer into the back of the net, which forced overtime.

Again, the game couldn’t be decided in either of the extra five-minute sessions, which led to penalty kicks to decide who would advance.

In a back-and-forth battle, Helena grabbed the advantage in PKs and picked up the win after Benjamin Russell sent a must-make shot sailing high over the cross bar to give the Huskies the victory.