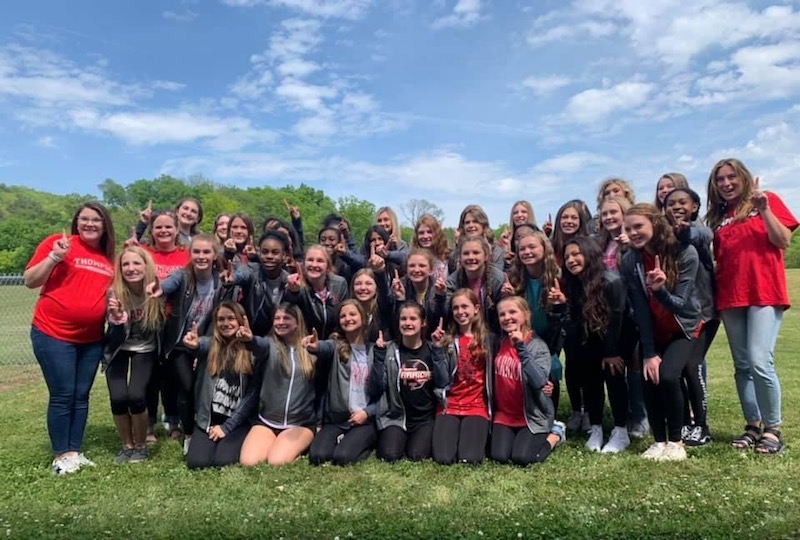 The junior varsity team ended up winning in their division, taking home the national championship in the “Game Day” division of the competition.

The varsity team was also highlighting, beating out hundreds of teams from across the nation to finish in seventh place overall.

According to Suzanne Lee, coordinator for the JV team, this was something that girls on the team had been working for, and almost achieved over the last four years.

The competition was a little different for the cheer team, as they competed in the event virtually. After qualifying at smaller competitions throughout the season, the team worked diligently to ensure that they were prepared.

With this being a remote performance, Lee said that there definitely a significant change in the way that they prepare.

“There is a certain element of excitement that comes with being onsite. It’s hard to ask people to get up and scream, when you are performing to an empty stadium. When you have a crowd there is a certain adrenaline rush that you get from the screaming and cheering,” Lee explained. “It was a challenge to make sure they were motivated, but they really wanted to win and rolled with the changes.”

The varsity team also performed very well during the competition. Their seventh-place finish solidified them as one of the best teams in the nation.

“Anytime you get a top ten finish, especially in varsity, it is very impressive,” Lee said. “With varsity that is the cream of the crop. They could have just been a few tenths of a point away from first place. It is that serious.”

With both schools performing so well, Lee said that she hopes this encourages people to take a different look at cheerleading, and recognize it as a serious athletic endeavor.

“We are just working to let people know that this is serious athletic competition,” she said. “They are putting each other in the air all the time, and performing under serious conditions. Each athlete has a role and they put in a lot of hard work throughout the season.”

Lee said that this incredible achievement was able to happen due to the hard work of the coaches and the other coordinators for the two teams that she works with. This includes Niva Roberson, Richard Sutton, Brittany Sport, Erin Taliaferro and Lindsey Claire Wells.