Helena volleyball players to play together at next level 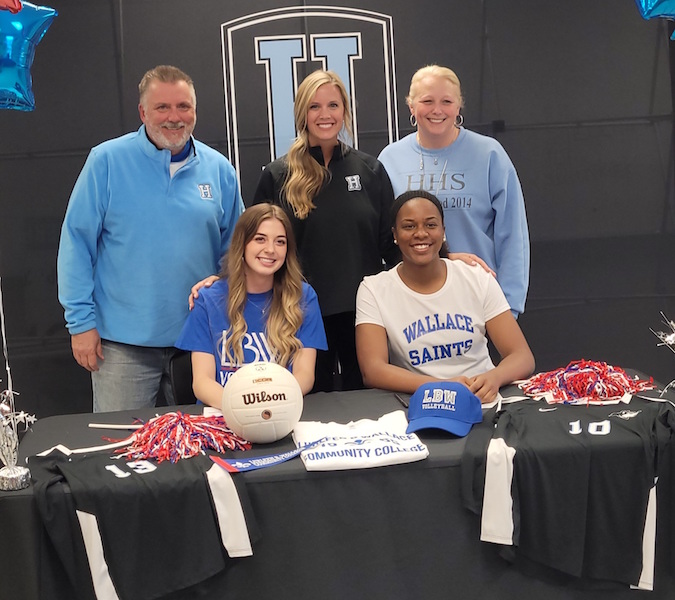 Helena’s Maddie Rasmussen, left, and Brianna Wilson are both headed to Lurleen B. Wallace Community College to be a part of the school’s first volleyball team. (Contributed)

HELENA – Two Helena senior volleyball players are combining their skills to join forces at the next level after four years suiting up for the Huskies.

Maddie Rasmussen and Brianna Wilson made it official when the two standouts from Helena High School signed with Lurleen B. Wallace Community College at a special signing ceremony in front of family, teammates and friends.

Both are attending the school on full-ride athletic scholarships after proving themselves as top athletes on the Helena volleyball team.

Rasmussen did so as the top setter on the team, while Wilson was the team’s top middle blocker this past season.

Both also represented the Huskies on the All-County team with Wilson making the first team as one of the county’s best players up front, while Rasmussen made the second team.

In addition to playing at the next level, they’ll also be making history by joining the school’s first volleyball program in history.

They’ll join head coach Janie Wiggins, who was also at the signing ceremony, looking to start a new tradition at Lurleen B. Wallace after special high school careers.