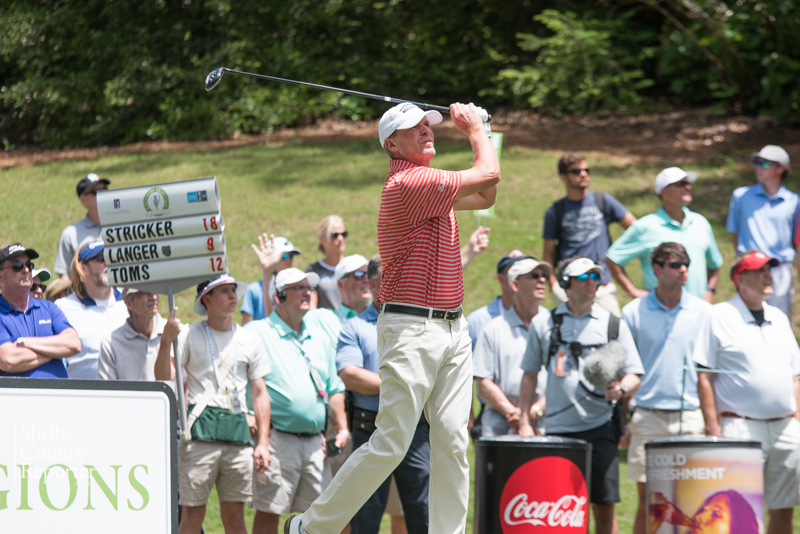 The Regions Tradition will return to Greystone Golf and Country Club May 5-9 featuring some of the top professionals from the PGA Tour Champions as well as the famed celebrity pro-am on Wednesday. (File)

HOOVER – Following a hiatus in 2020 due to COVID-19, one of the county’s greatest traditions will return Greystone Golf and Country Club May 5-9.

The Regions Tradition will tee off with the celebrity pro-am on Wednesday, May 5, before tournament action gets under way a day later and concludes on Sunday, May 9, crowning the PGA Tour Champions’ first major champion of the 2021 season.

The event will return for the first time since 2019 when Steve Stricker won the tournament and will not only bring one of the most competitive field in professional golf, but will see Southeastern Conference legends and current coaches take to the course a day before the professionals.

In addition to that, it will all be for a good cause, as the tournament continues its greater cause of raising money for local charities with the primary beneficiary being Children’s of Alabama.

Since becoming the Regions Tradition in 2011, the event has raised more than $4.5 million for local charities and more than $19 million since the tournament began almost 20 years ago in 1992.

That will continue to be the case when the celebrities open the week of festivities on Wednesday as part of the celebrity pro-am.

The day will be filled with current SEC football coaches such as Alabama’s Nick Saban, Auburn’s Bryan Harsin and Georgia’s Kirby Smart. In addition to those three, Alabama basketball coach Nate Oats will be in attendance as will Auburn legends Bo Jackson and Charles Barkley.

Tommy Tuberville, now a U.S. Senator, will also be participating in the event representing Auburn.

The tournament will then get under way on Thursday, with the top players on the PGA Tour Champions battling for the season’s first major championship and Charles Schwab Cup points.

Tickets are available at Regionstradition.com and cost $25 for general admission. All active and former military members get in for free with a valid ID, while kids 18 and under get in free with a ticketed adult.

This year’s tournament will be cashless with all concessions and merchandise pavilions taking only credit or debit cards.

All those attending the tournament will be required to wear a mask, social distance and practice self-hygiene such as washing your hands for 20 seconds and using sanitizer.