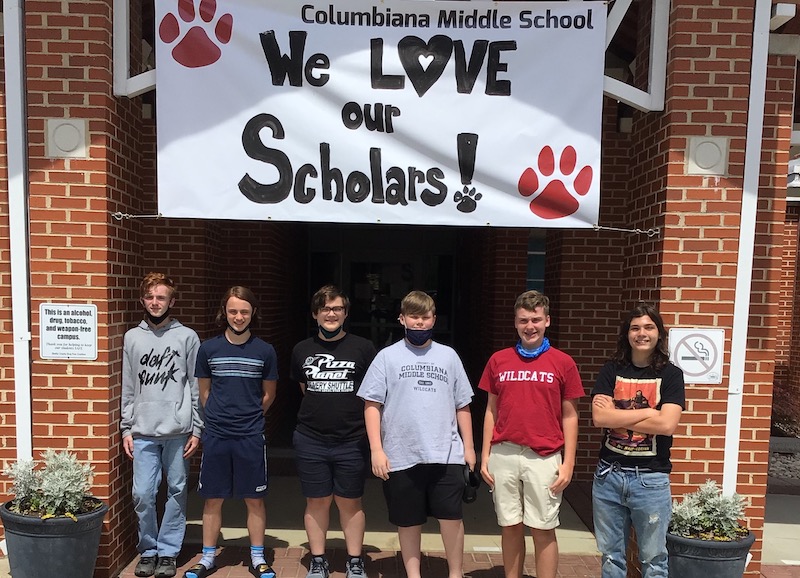 With its championship win at 2021 ASCA Middle School Districts, the quiz bowl team from Columbiana Middle School proved themselves worthy to play on a national stage. On Saturday, May 1, the team will represent their school in a 112-team national competition:  National Academic Quiz Tournaments’ Middle School National Championship Tournament.

The MSNCT was first held as a separate tournament in 2011, and the 2020 championships were not held due to the COVID-19 outbreak. All of this year’s NAQT championship tournaments will be held online through videoconferences.

Quiz bowl is a competitive, academic, interscholastic activity for teams of four students.  Quiz bowl teams use buzzers to answer questions about science, math, history, literature, mythology, geography, social science, current events, sports and popular culture.  The matches feature a blend of individual competition and team collaboration since no individual player is likely to be an expert in all subject areas.  Participation in quiz bowl both reinforces lessons from the classroom and encourages players to develop new intellectual interests.

This will be Columbiana’s first time attending the Middle School National Championship Tournament.

Columbiana may face familiar foes in the online tournament, as Arab and West Point (from Cullman) will also be attending.

Tournament results will be updated throughout the two days of competition at Naqt.com/go/stats/11800 so everyone can follow along and see how the team does.  You can also follow #msnct on Twitter.

Unemployment assistance available for those hit by tornadoes