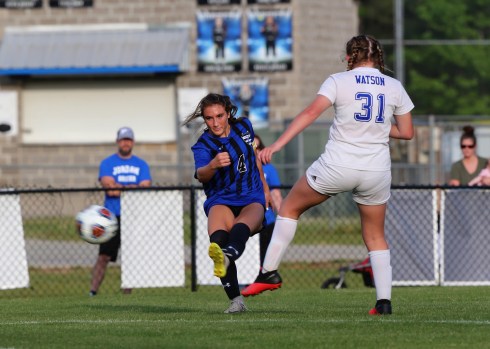 Chelsea’s Haley Duca, above, scored six goals against Mortimer Jordan to set a new school record for goals scored in a single match, while also reaching 100 goals in her career to lead the Hornets to a 10-0 playoff win. (For the Reporter/Cari Dean) 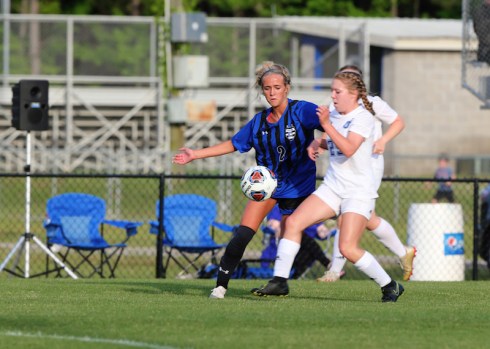 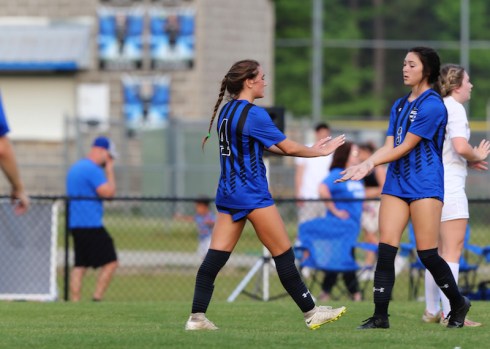 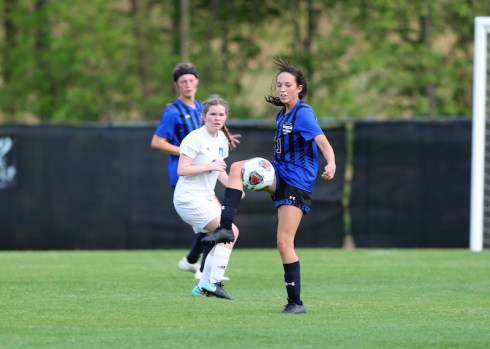 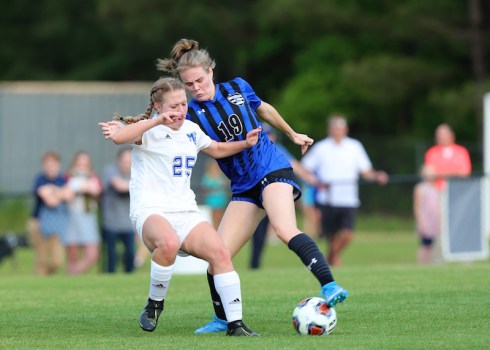 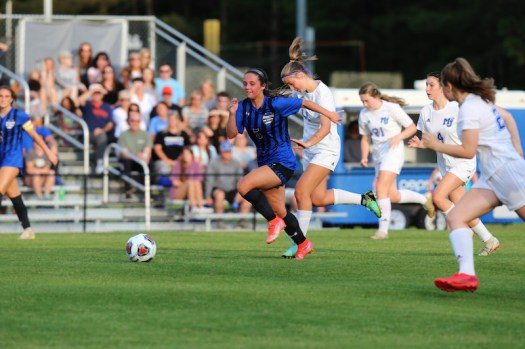 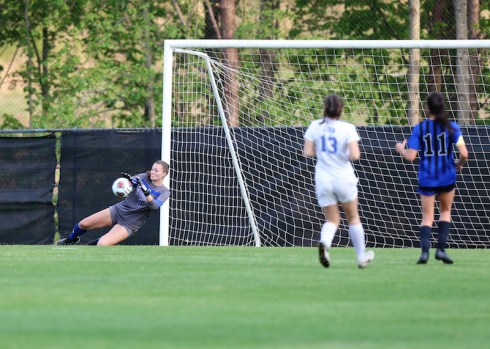 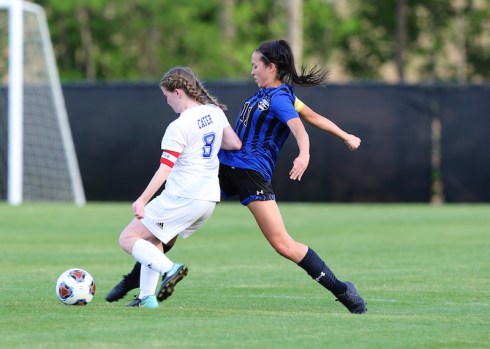 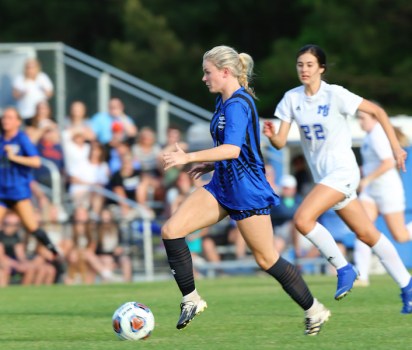 CHELSEA – It was a historic night for Chelsea senior Haley Duca in the second round of the playoffs on Tuesday, April 27.

Not only did she score her 100th career goal for the Hornets, but did so by scoring her school-record sixth goal in one game to lead Chelsea to a 10-0 playoff win against Mortimer Jordan.

Duca’s sixth and final goal of the night helped her reach the 100 milestone, while she played a crucial part in helping the Hornets advance to the quarterfinals of the playoff, putting them one win shy of the Final Four in Huntsville.

The first goal of the night, however, came from Abbie Johns. She kicked off a dominant night for Chelsea by scoring in the first five minutes to make it 1-0.

It took just 40 more seconds for Duca to jump into the scoring column, as the senior made it 2-0 with 35:03 to play in the opening half.

Brooklyn Carter, Lauren Thompson, Johns, Avery Burleson and Valerie Santillan were on the assist end of each of her goals.

In addition to the goals in the first half, Duca had an assist on Johns’ opening goal and picked up her second assist with 24 seconds remaining in the half when she found Burleson on a corner kick to make it 7-0 at the break.

Then, 15 minutes into the second half, Burleson repaid the favor when she served a pass to Duca, who put through the historic sixth goal of the night and 100th in her time at Chelsea to give the Hornets an 8-0 lead with 25:30 to play in the second half.

Chelsea then closed the game with goals from Burleson and Lucy Allen within 20 seconds of each other to conclude the 10-0 mercy-rule win with 18:30 to play.

The Hornets will travel to Homewood on Thursday night, April 29 for a matchup with the No. 1 Patriots at 7 p.m.