Pelham man apprehended after fleeing from fatal hit and run 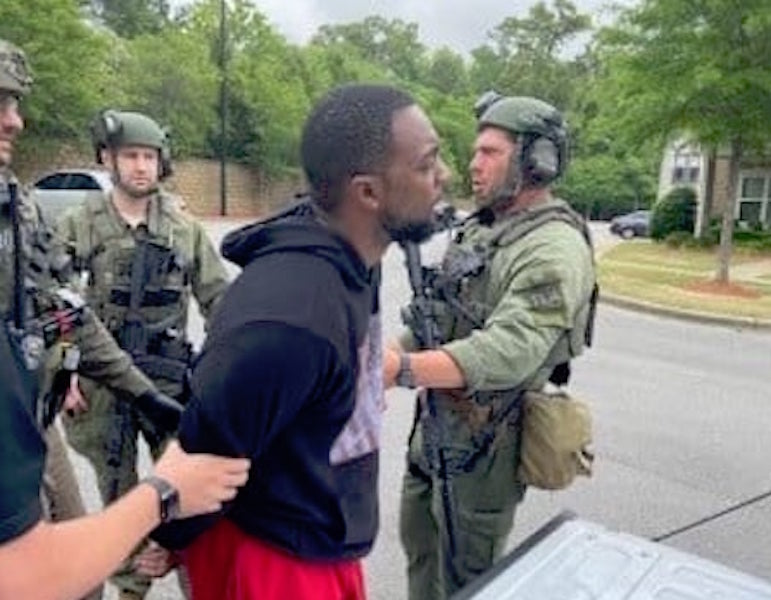 Marktice Ricks was apprehended by the Tuscaloosa Police Department on April 29 after fleeing the scene of a fatal hit and run. (Contributed)

Pelham resident Jordan Marktice Ricks, 28, was arrested by the Tuscaloosa Police Department on Thursday, April 29 after fleeing the scene of a fatal hit and run that occurred in Homewood on Monday, April 26.

In conjunction with the U.S. Marshals Task force the TPD Special Response Team located and arrested Ricks at a Tuscaloosa apartment complex just after 8 a.m. on Thursday morning.

“Members of the U.S. Marshals Task Force tracked Ricks to an apartment complex off Hargrove Road in Tuscaloosa. The department’s SRT responded Thursday morning to take him into custody. Ricks initially refused to exit the apartment, but spoke with negotiators and eventually surrendered about 30 minutes later, with no incident,” read a release from TPD.

Ricks was taken to a local hospital to be treated for injuries that resulted from the crash. He will be transferred to the custody of the Homewood Police Department.

According to the Vestavia Hills Police Department, Ricks was suspected of causing the death of 42-year-old Robyn Naftel Herring in a fatal crash while trying to elude the police after a traffic stop. After the wreck, Ricks abandoned his car and fled on foot. A warrant for his arrest was issued not long after the crash.

Herring was a nurse practitioner at UAB and the mother of two daughters.

Oldies concert set for May 21 at OMSP beach