CHELSEA – For the first time in eight years, the Chelsea Hornets’ softball team has been crowned area champions after sweeping through the Class 6A, Area 9 tournament with three mercy-rule wins to claim the championship on Saturday, May 1.

The Hornets took down Briarwood in the opening game 14-0 on April 30, and then followed that up with two consecutive 11-1 wins against the Homewood Patriots to complete the tournament 3-0. 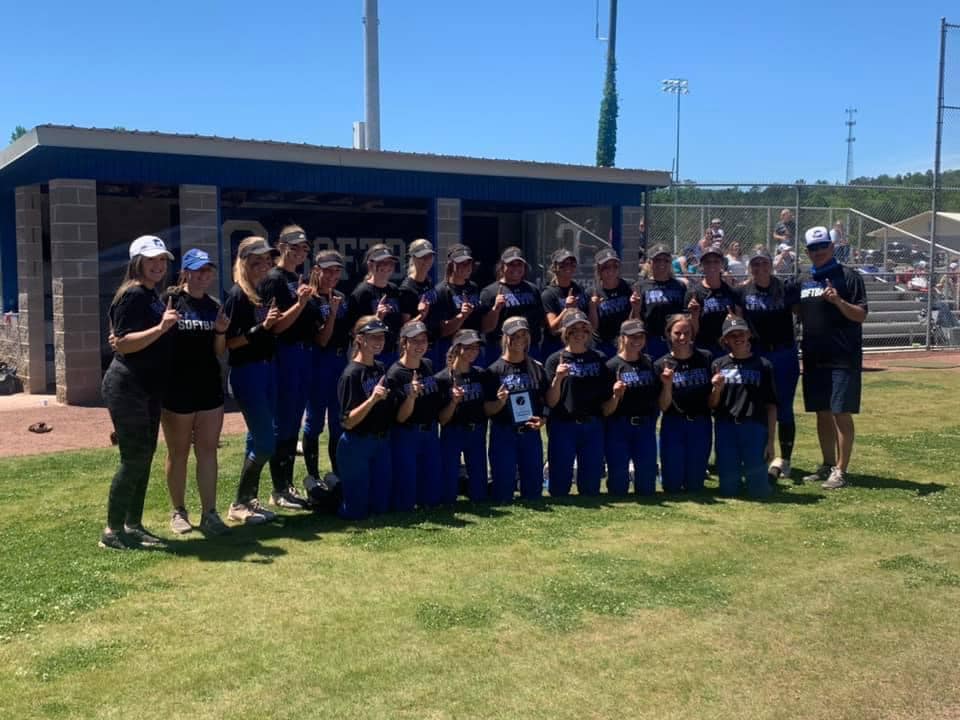 In the championship game on Saturday, the Hornets had two chances to win one game, while the Patriots would have needed two consecutive wins to take home the championship, but Chelsea made sure to end it quickly in the top of the fifth.

Chelsea scored four runs right off the bat in the bottom of the first thanks to the first six batters reaching base safely.

Following a walk to Jadyn Buff and Kathryn Bryars being hit by a pitch, Olivia Trout and Tyler Erwin hit back-to-back RBI singles to make it 2-0. Katie Goss then walked to load the bases for Olivia Bergert, who drove home two more runs with another single to make it 4-0.

Homewood answered back with a run in the top of the second thanks to a lead-off home run, but that became the only hit for the Patriots in the game thanks to a dominant effort from Erwin in the circle.

She retired the next 12 batters she faced and finished the complete-game effort with six strikeouts to pick up the win.

The Hornets also came back with two more runs in the bottom of the second thanks to two straight walks from Buff and Bryars to lead off the inning. That was followed by Buff coming home during Trout’s at bat before Erwin doubled to center field to make it 6-1.

Chelsea then came back an inning later and added four more runs on a sac fly from Bryars, an RBI single from Trout and a two-RBI double from Erwin.

The Hornets then added their final run in the bottom of the fourth thanks to a two-out RBI single from Natalie Romager to create the final score of 11-1.

Erwin helped herself out tremendously thanks to a 3-for-3 game at the plate featuring two doubles and four RBIs, while Trout and Bergert both had two RBIs with a combined three hits. Hannah Marler, Madeline Epperson and Romager each had one hit as well, while Bryars and Romager had the other RBIs.

Chelsea is now 23-15 overall and will begin its postseason run with sub-state.

Chelsea downs Cullman in game 3 to advance to…