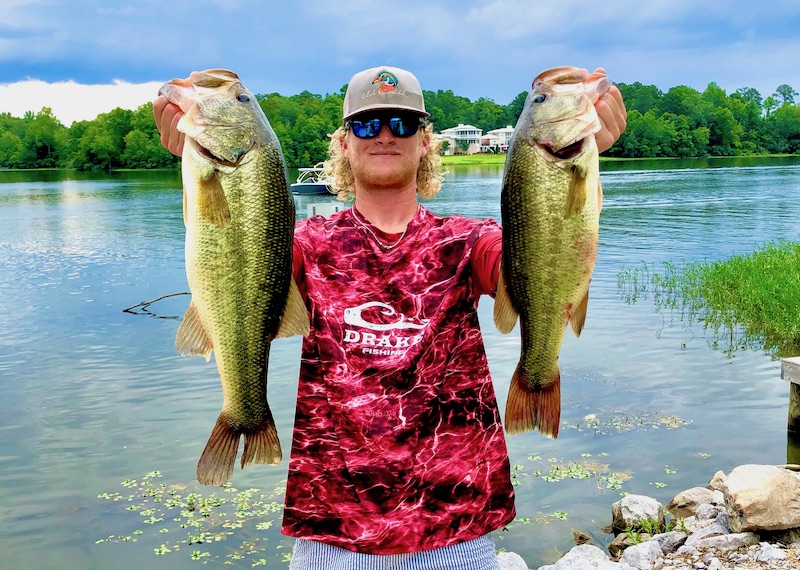 Hall Hobbs has won or ranked in multiple tournaments his senior year at SCHS and is already in the path to success as a small business owner. (Contributed)

Hall Hobbs, senior at Shelby County High School, has found a way to thrive in the face of what has been a tough year for most folks.

Hobbs chose the path of e-learning for his senior year, and it may have just given him the edge he needed to get ahead on his path after high school. E-learning has not slowed him down, but instead given him the chance to take charge of his schedule and outlook but still be involved in team sports and high school traditions like fishing team and prom and Beta Club.

An angler on the SCHS fishing team since he was a freshman, he has seen success, not only as a team player but also by going out for other competitions on his own this school year. A fisherman since he was 4, thanks to an uncle that introduced him to the sport, he’s worked relentlessly when it comes to perfecting his skills as a fisherman and it has paid off. He and his partner, Jack Alexander from Mountain Brook High School, managed to win the high school division of the Alabama Bass Federation Tournament last month, which is a significant accomplishment for their age group.

“He has such a passion for fishing,” said his mother, Shannon Hobbs. “He barely takes time to eat once he is up and going on a fishing day. He gets out there, gets to work, and doesn’t stop casting the entire time.” She went on to say that even as a little kid, he has been interested in things other kids weren’t. “He’s always taken things apart to see how they work, and has been able to read a tape since he was 6. He’s always had a healthy dose of common sense,” she said.

Hobbs has a long list of accomplishments in the realm of fishing that not only speaks to his skills, but have also benefited him financially through cash awards. Many of the tournaments he’s won or ranked in have paid handsomely, which can be a great motivator to hone one’s craft.

True to his interests, he has found a path to success in some unusual ways. His first chance at meaningful work came when he was just 15 years old when his passion for fishing landed him the chance to be part of the Davis Bait Company’s Junior Pro social media staff.

But fishing isn’t the only place where his work ethic can be noted. He’s also spent two years working with electricians and learning a trade in his spare time. Now with a slightly older mentor, has already formed his own business. After graduation, he plans to go to HVAC school, which he will complete in under six months and add his new skills learned there to the services his business will be able to offer.

Hobbs told us that having the opportunity to complete school through e-learning has allowed him to work his schedule in such a way that he can complete school work by studying and doing classwork in the evening while he uses the daylight hours to work, which has set him up to get ahead that first year after high school graduation, and thus, get ahead in life.