Justice shines a light on history 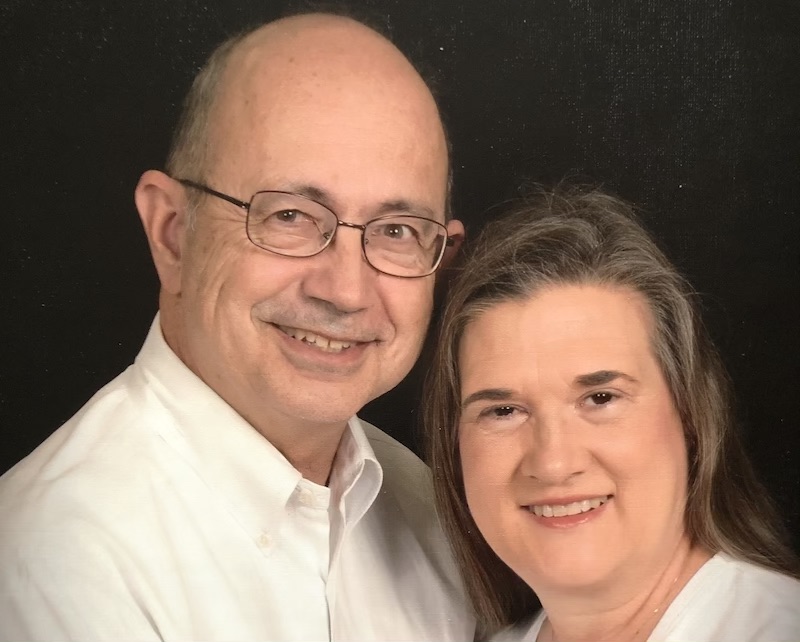 Bill Justice, pictured with his wife, Beverly, has volunteered with the Shelby County Historical Society for 15 years. (Contributed)

“I love history,” said Bill Justice. He has volunteered with the Shelby County Historical Society (SCHS) for the past 15 years. He and Beverly, his wife for the past 37 years, participate in the outdoor dramatic performance in the Columbiana Cemetery Tour that SCHS sponsors.

In the tour, actors in period costume stand next to the grave of the person they are portraying and give a short skit, describing the person’s life and impact on the history of Columbiana.

“I see it as an opportunity to educate the tourists about the impact of the featured individuals on their city as well as a chance to build a sense of community and ‘belonging’ as they hear about those who have lived in Columbiana before them, their struggles and they’re triumphs, and what it meant to live here,” explained Justice.

A member of First Baptist Church of Columbiana since 1980, Justice taught Sunday School for 30 years.

“I started off teaching the teenage class. I loved teaching the senior women’s class; I learned so much. They would teach me!” raved Justice.

He is a previous choir member. Justice went on three eight-day mission trips to Senegal, Africa. He and his wife assisted medical missionaries in conducting eye exams and the fitting of eyeglasses.

“The missionaries traveled with hundreds of pair of eyeglasses which were donated. It meant that these people who could not before would be able to see,” said Justice.

Other projects included the construction of a water pump house and other miscellaneous construction projects.

“The experience provided the opportunity for the villagers to hear what English sounded like and to gain exposure to American culture,” Justice said.

Justice earned a B.S. degree in business administration from Auburn University and his law degree from Cumberland School of Law at Samford University in 1977.  In 2005, Justice joined the law firm of Ellis, Head, Owens, Justice and Arnold in Columbiana.

“I get to meet and a few people that I would not ordinarily get to meet,” said Justice.

Every job has its high and low points, and being an attorney is no different. He describes the legal research component of his role at the law firm as one of his favorite tasks.

“I love the legal research part, looking up court cases or state law and making an analysis, and writing a legal argument,” he said.

67-year-old Justice, an Alabama native, has three children, three grandchildren and a great grand on the way.